As a film buff, I’m continually interested not only in movies themselves, but how they were made. Who was originally cast? Did the production go over-budget? Were there fights between the stars and the director? Sometimes the “behind–the–scenes” action of films can be more interesting than the films themselves. 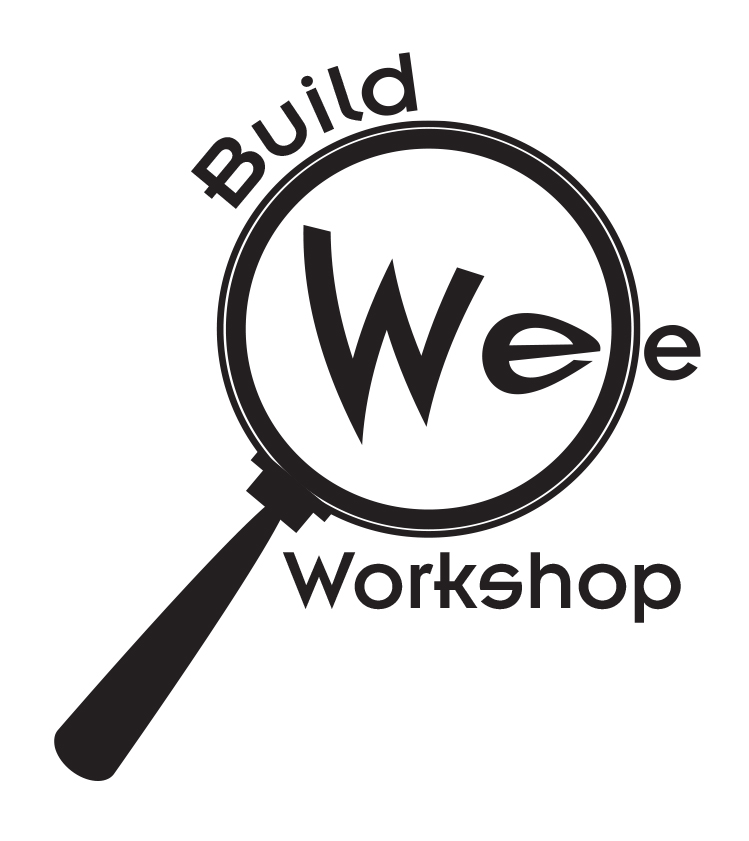 The first “Mini Makes” video premiered on the Museum’s social media channels almost two weeks ago. Just like my interest in the backstage happenings of other films, I’m intrigued by how Mini Makes and the future videos come together.

“Sneaking” down on breaks from upstairs, I often find the brain trust of the Wee Build Workshop – curator of education Catie Anderson, facilities manager Dave Jones, and curator of exhibitions Shannon Pueschner – hard at work putting the combined elements together for the videos. While all contribute ideas toward the filming of materials, Catie became the unquestioned leader of the group, with her vision coming through in the process. With her attention to detail, penchant for multiple takes while filming, and the speed at which she can talk, I affectionately dubbed her “Martin Scor-Catie.” 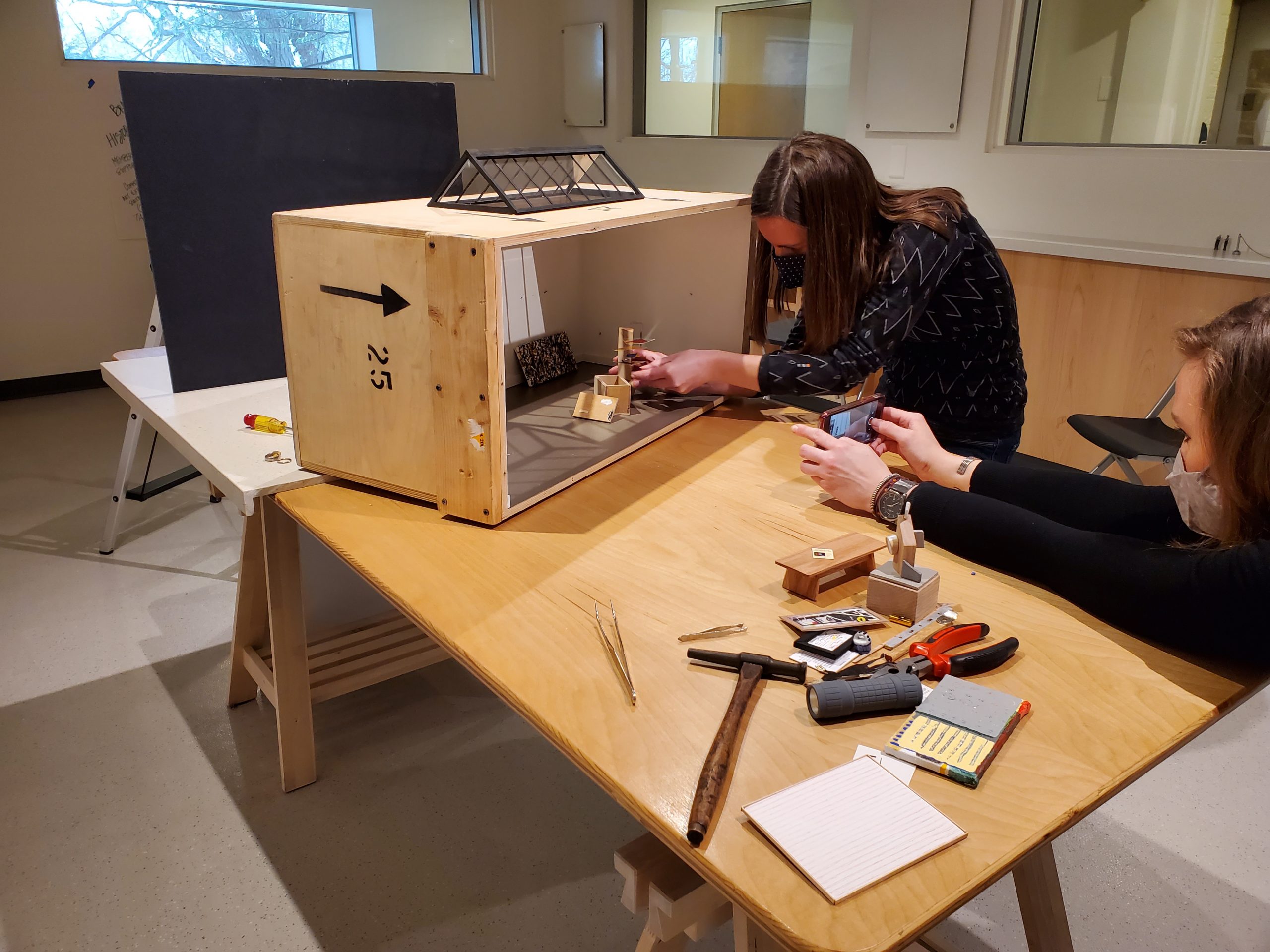 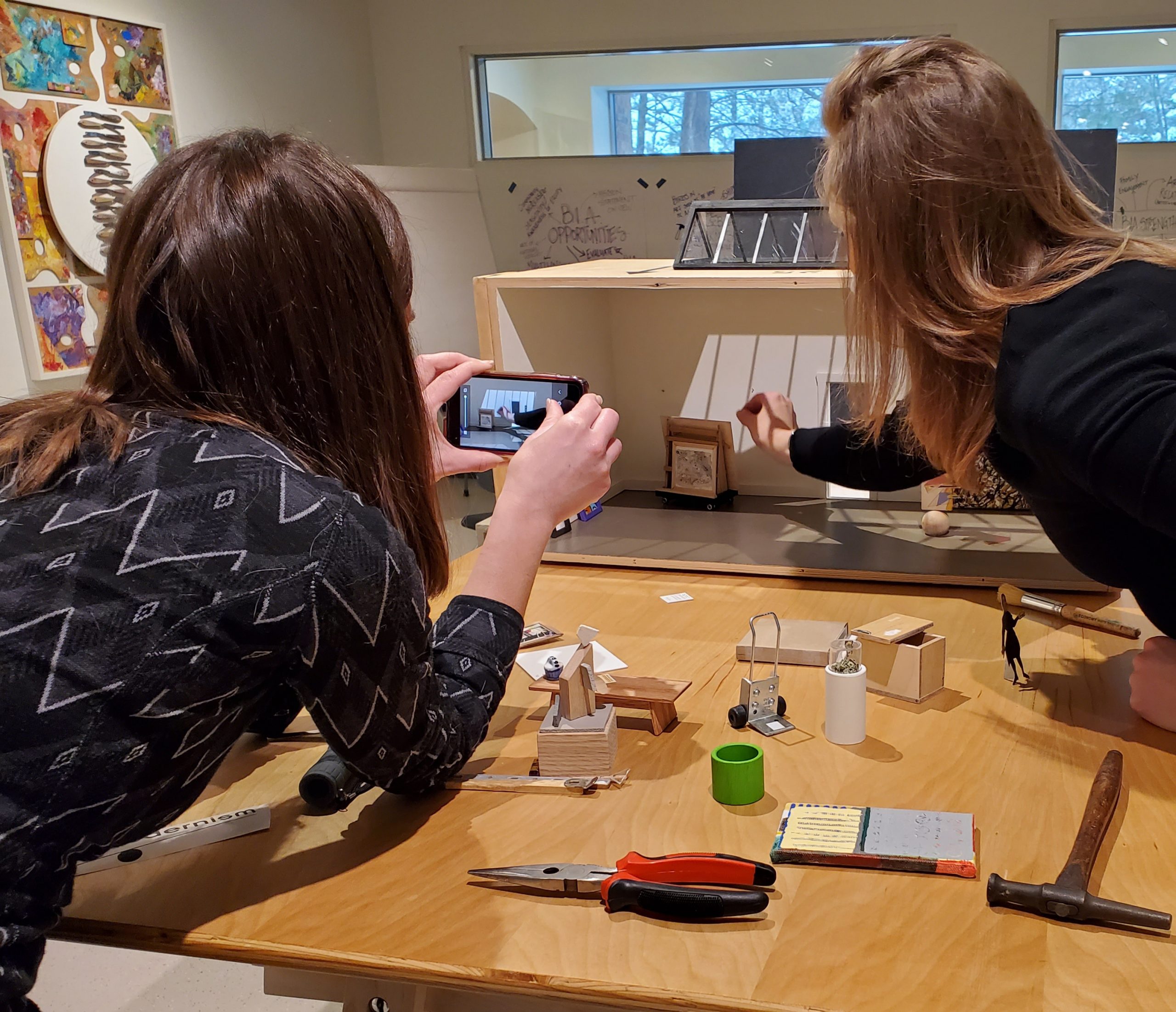 Although Catie has been the driving force so far, many staff members have contributed items to the micro–museum experience, including yours truly, administrative manager Elaina Johann, and facilities assistant Neil Nielsen. With more films coming soon, Museum staff are excited about how they will be received by our fans once released. If the reception is good, maybe a behind–the–scenes feature will eventually debut. . . .