Are You Ready for Some Birds in Art? 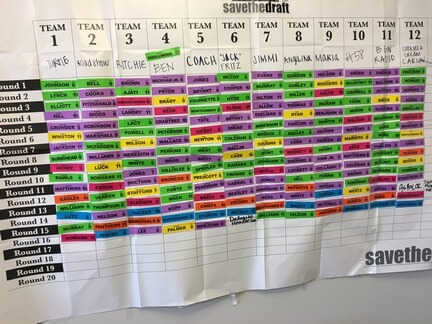 The league I’m in drafts its teams tonight. The first members preview of the 2017 Birds in Art exhibition is tomorrow. Worlds colliding.

I know I should be 100% focused on all of my duties at the Museum. With sixty-seven Birds in Art artists traveling to Wausau from around the world and the debut of the refurbished galleries, it’s a busy and important time at the Museum. However, when bragging rights among friends and some coinage is at stake, I’m rightfully conflicted.

For those not familiar with fantasy sports, it’s basically a way for men and women to ignore their important responsibilities in life and dedicate precious time and money on something over which they have little control. For fantasy football, you “draft” players who you think will put up the best statistics over the course of a season. For instance, you want running backs and wide receivers who score many touchdowns, quarterbacks who throw or run for a ton of yards, and a kicker who knows how to put it through the uprights.

Maybe there should be a Birds in Art fantasy draft. Instead of calculating touchdowns and yards gained, what if we calculated which artists signed the most Birds in Art catalogues, or who drew the biggest crowd to their Artists in Action demonstrations on Saturday? Much of the research going into such a draft would be comparable.

Instead of “I’m liking LeSean McCoy. Buffalo runs it a ton, and he’s consistently a good target out of the backfield, even in cold weather” it could be “How about that Ann Cunningham? She’ll be in Tent 1 for Artists in Action, everyone can touch her sculpture in the show, and she’ll be out of that thin air she’s used to in Colorado, so she should have plenty of energy.” 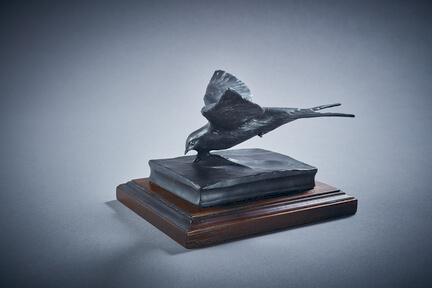 The beautiful work of Ann Cunningham

Maybe the rest of the staff isn’t ready for such an idea. I’ll do my best, however, over the next few days to create a successful fantasy team while also being a competent art museum staff member. I just hope that with all the hoopla, I write down the name Tom Brady and not Tom Altenburg during the fantasy football draft.