What do you remember about the first museum you visited?

I grew up in New Jersey, in a community often referred to as a ‚Äúbedroom‚Äù for New York City businesses. Back then, the Pennsylvania Railroad provided regular commuter service, which ferried workers to and from the City as well as day trippers headed to Broadway for theater, to Fifth Avenue for shopping, or to museums. 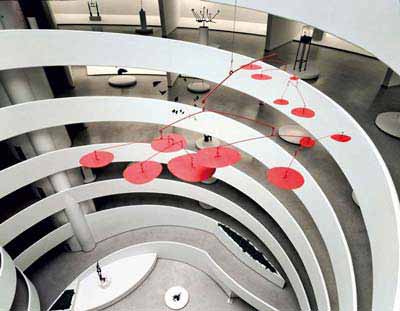 I remember an early ‚Äì perhaps not my first ‚Äì museum experience as though it were yesterday. An Alexander Calder retrospective exhibition in the mid-1960s at the Solomon R. Guggenheim Museum, Frank Lloyd Wright‚Äôs iconic masterpiece on Fifth Avenue at the corner of 89th Street, captured my imagination and fascination in ways hard to describe, yet that have stayed with me.

That early Guggenheim visit, in fact, likely influenced my decision to pursue degrees in art history and set my sights on a museum-based career.

Museum staff rarely know or ever come to learn how in-the-gallery experiences impact visitors. We believe what we do makes a difference ‚Äì throughout life‚Äôs stages and for all interests ‚Äì but we can‚Äôt always quantify our suppositions or impressions.

Earlier this month, Wisconsin-born artist Mark Wagner ‚Äì who grew up in Edgar ‚Äì undertook a multi-day residency in tandem with the inclusion of his collages in Cut Up/Cut Out, now on view at the Woodson Art Museum.

Serendipity at its best, Mark‚Äôs inclusion in the exhibition was a surprise and to our delight, we learned, the Woodson was his first museum! 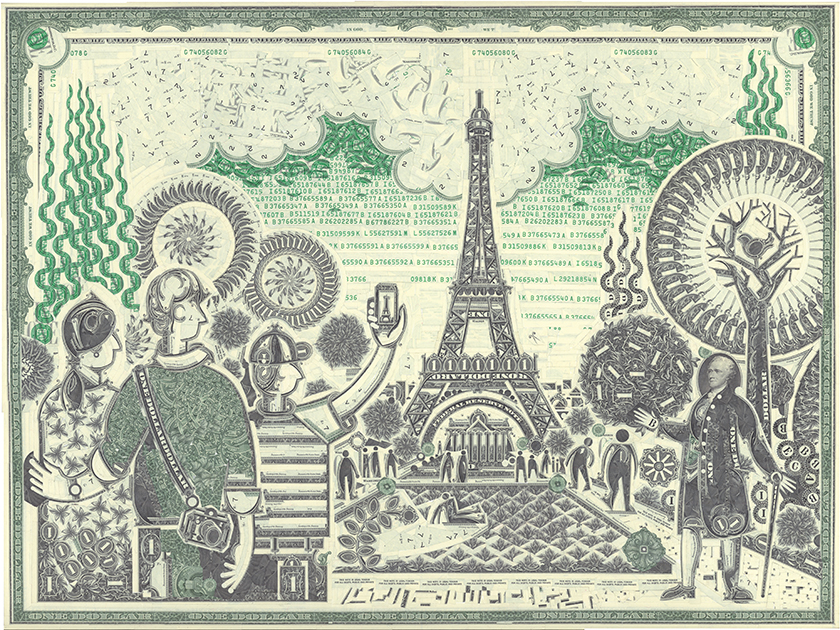 For those not familiar with Mark‚Äôs work, he cuts up dollar bills with masterful precision and re-assembles pieces of all shapes and sizes to create fascinating ‚Äì as well as poignant and, at times, politically biting ‚Äì collages. His work is sought after by collectors and included in prominent worldwide museums. In other words, Mark makes money from money. 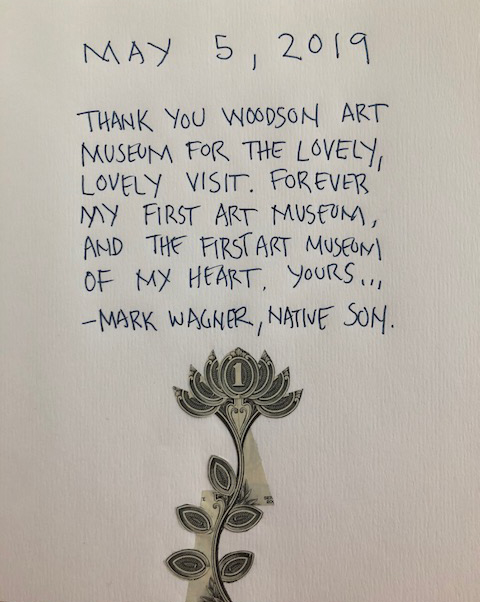 While in residence at the Woodson Art Museum, Mark enjoyed the comfort and convenience of our modest guesthouse. In keeping with tradition, he left his ‚Äúmark‚Äù in the provided guestbook . . . and we‚Äôre grateful, because we now know the depth and intensity of his first museum experience.

PS. Don‚Äôt miss the opportunity to see Mark Wagner‚Äôs work and that of forty-nine other artists in Cut Up/Cut Out, on view through Sunday, June 2. If you‚Äôve been thinking about taking the plunge and engaging in a ‚Äúfirst museum experience,‚Äù now‚Äôs the time to do so. The Woodson Art Museum is always admission free. We‚Äôd love to hear about your first museum experience, at the Woodson or elsewhere. Share it via social media; use #woodsonart.