By: Andrew McGivern, curator of exhibitions on January 10th, 2018 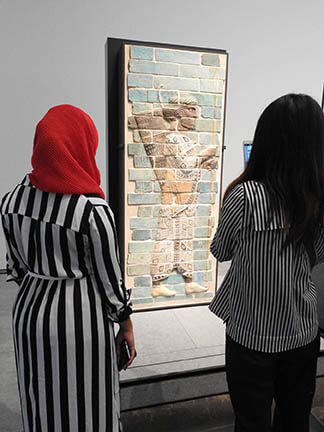 During the winter holiday break, my wife Jeana and I visited our son, Justin, and family in Dubai, located on the Arabian Gulf in the United Arab Emirates. Leaving the bitter cold of Wisconsin and spending a week in warm weather was a good reason for the trip. An even better reason was spending time with our family, including two grandsons who are 2 years and 10 months old – one scooting around on his knees and the other running, bouncing, climbing, and jumping. Both boys kept us smiling; it was good to all be together again. 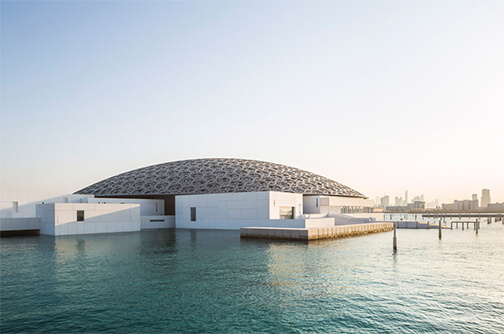 For the most part, our visit was fairly low key, going for walks along the marina and spending time at a local playground. We did venture out, though, to visit the Louvre Abu Dhabi, a new museum that recently opened after great anticipation, taking years to plan and build. Having read several articles about this museum, I was pleased to see it for myself. 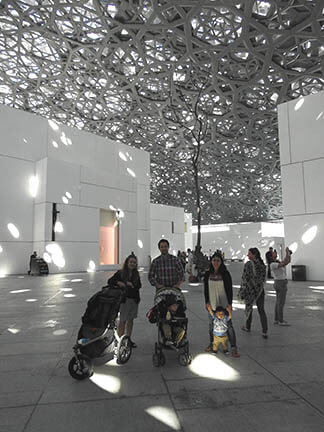 The museum was designed by French architect Jean Nouvel, who is known in the Midwest for his design of the Guthrie Theater in Minneapolis. The Louvre Abu Dhabi’s primary architectural feature is its large dome structure with a web pattern that allows sunlight to filter through into a series of courtyards separating the white museum buildings beneath it. The museum is built over the water, and from a distance the dome’s exterior has the appearance of an alien spacecraft in a science fiction movie.

Entering the museum, we found ourselves in a series of twelve galleries connected in a maze-like pattern, leading us in linear fashion through the exhibition. The over-arching theme of the exhibition was demonstrating humanity’s common connections via art through time and across cultures. The artwork ranges from prehistoric artifacts to contemporary artwork, with gallery themes including: First Villages, First Great Powers, Civilizations and Empires, Universal Religions, AsianTrade Routes, From the Mediterranean to the Atlantic, World in Perspective, Magnificence of the Court, A Modern World, and Challenging Modernity, among others. 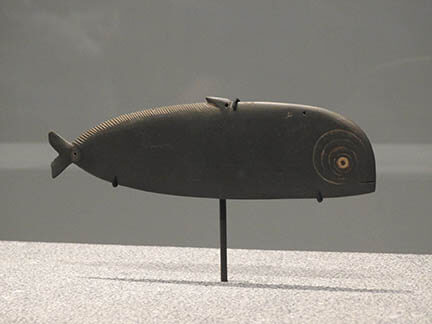 I was impressed by artworks in each segment of the exhibition. In the first gallery, I was drawn to an elegant whale-shaped stone cutting tool with serrated edge along its back, disk eye, and tiny tail fins. 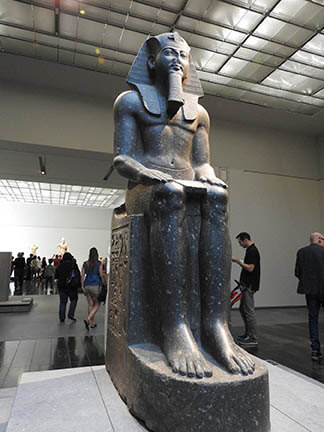 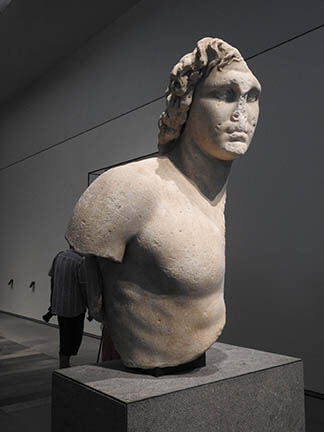 One of my favorite works was a marble bust, Abyssinian Chieftain, carved in the late nineteenth-century by Adele d’Affry,  a Swiss sculptor, depicting a romantic view of an Arab chief. D’Affry’s sense of design and the way she captured the folds of the draped cloth and the curls in the chief’s beard show a deft hand and firm grasp on the image of her model.

While we appreciated the brief thaw, it’s the warm thoughts of spending time with our loved ones that will carry us through the cold winter days ahead. 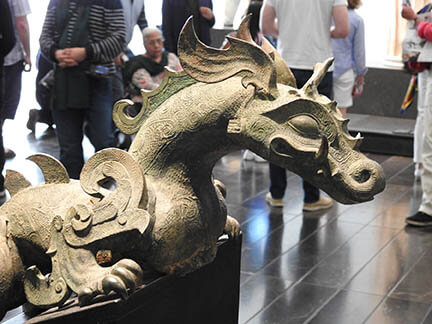 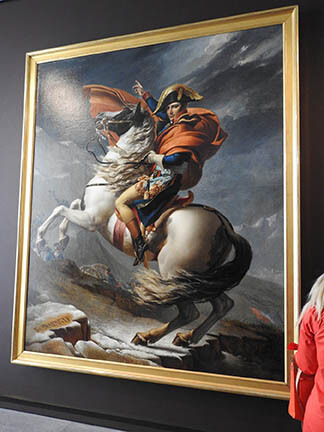 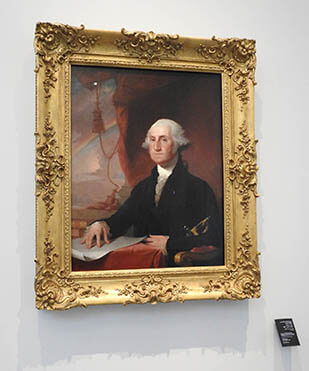 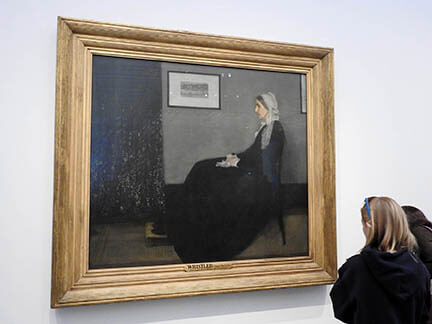