By: Jane Weinke, curator of collections/registrar on April 18th, 2018

While I recently watched a broadcast of Jesus Christ Superstar, sang along, and marveled at the costumes and stage designs, it struck me that theater performances are organized much like art exhibitions.

Months ago, I developed the idea of an exhibition featuring the serigraphs of Anne Senechal Faust. Anne regularly makes gifts to the Woodson Art Museum with the goal to include one of each work she’s created during her lifetime in the permanent collection. When I began the project, the collection included eighty-one serigraphs and three drawings. 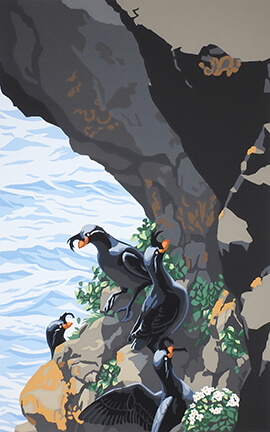 Where to begin? Images of all the works are in a database, so I looked at the entire collection several times. It seemed best to focus on choosing works not previously exhibited at the Woodson Art Museum and assemble a chronological survey so visitors could see Anne’s early career works through her current style. Easy.

A great title is important to convey the theme and pique curiosity. I played with word combinations including Visual Delights and Shaping Nature before choosing Dynamic Designs. The subtitle Serigraphs by Anne Senechal Faust completed the thought.

The next step for this exhibition was atypical. Most of the works in the Museum’s collection are framed, but that’s not true of Anne’s works. That meant measuring each serigraph, ordering matboard and frames, and scheduling time to frame the works. 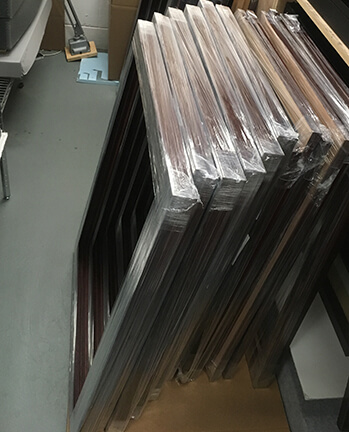 Before the frames arrived, I began writing text for the exhibition. First was a didactic panel including information about the artist and the artworks. This was relatively easy; I’ve known the artist for years. Next were the gallery labels – again, not difficult. It’s enjoyable researching and learning new information about the places and birds in Anne’s works. 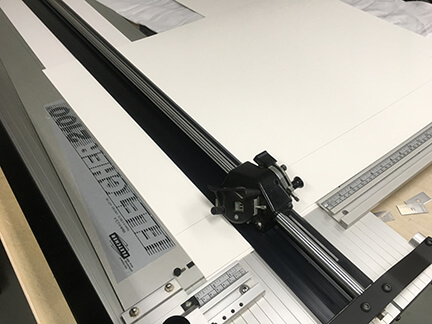 The Museum’s south galleries comprise five distinct spaces and are the perfect stage for artworks. Choosing the best color for the backdrop is a challenge but one of my favorite parts of exhibition planning. Ultimately, Sherwin-Williams’ Tranquil Aqua was chosen. Perfect. 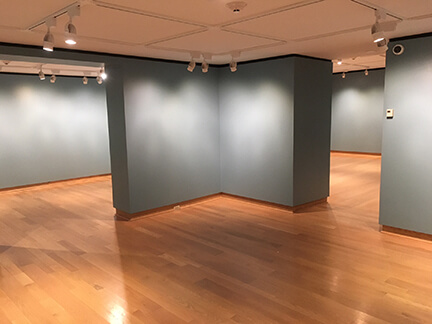 Strategically placing the serigraphs is key. Similar to staging a play, the works are arranged while taking into consideration imagery, colors, scale, and more. Once I’m confident the works are perfectly placed, I turn off the lights and leave the galleries. I return in a few hours or the next day; if I’m still pleased, the final steps begin. 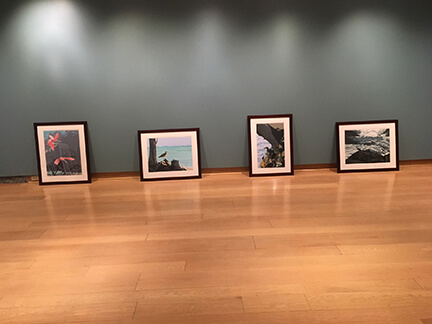 Hanging the framed artworks requires hammering nails and hooks into the wall to install each work, which feels like the project finally is coming together. It also gives me one more opportunity to make changes.

Placing a gallery label on the wall next to each serigraph and cleaning the Plexiglas are my final touches on the exhibition. 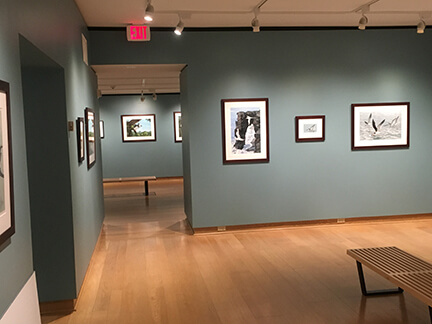 I leave the lighting to the professionals. Andy McGivern, curator of exhibitions, set the lights to create drama, which helps to draw visitors into the galleries.

The stage is set. I await the 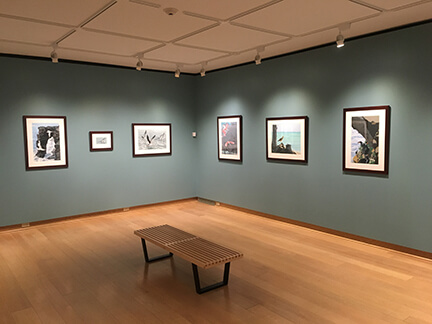 first visitors to Dynamic Designs: The Serigraphs of Anne Senechal Faust, on view through February 17, 2019. Their reviews, which I hope will include oohs and aahs, are indicators of the exhibition’s success.