A Spoonful of Sugar Helps the Science Go Down

By: Catie Anderson, curator of education on April 6th, 2016

by Catie Anderson, curator of education

Say the word “physics” and I shudder. I barely made it through some of my high school science labs, and I have only an armchair scientist’s interest in natural history, biology, or ecology. While science shy, I’m also math phobic; one of the only ways I can be coaxed into setting aside these mental barriers is through art. Examples of interdisciplinary connections are endless and throughout my four plus years at the Woodson Art Museum, I’ve encountered a number of these art and science intersections.

Tuesday morning, I led a group of fourteen kindergarten through eighth-grade students through the Walter Wick exhibition galleries and during our observations and conversation, we determined that sometimes the visual arts can provide entry points to the sciences. We decided that Wick’s artful ability to slip science lessons into his photographic illustrations was sort of like sneaking vegetables into a dessert. 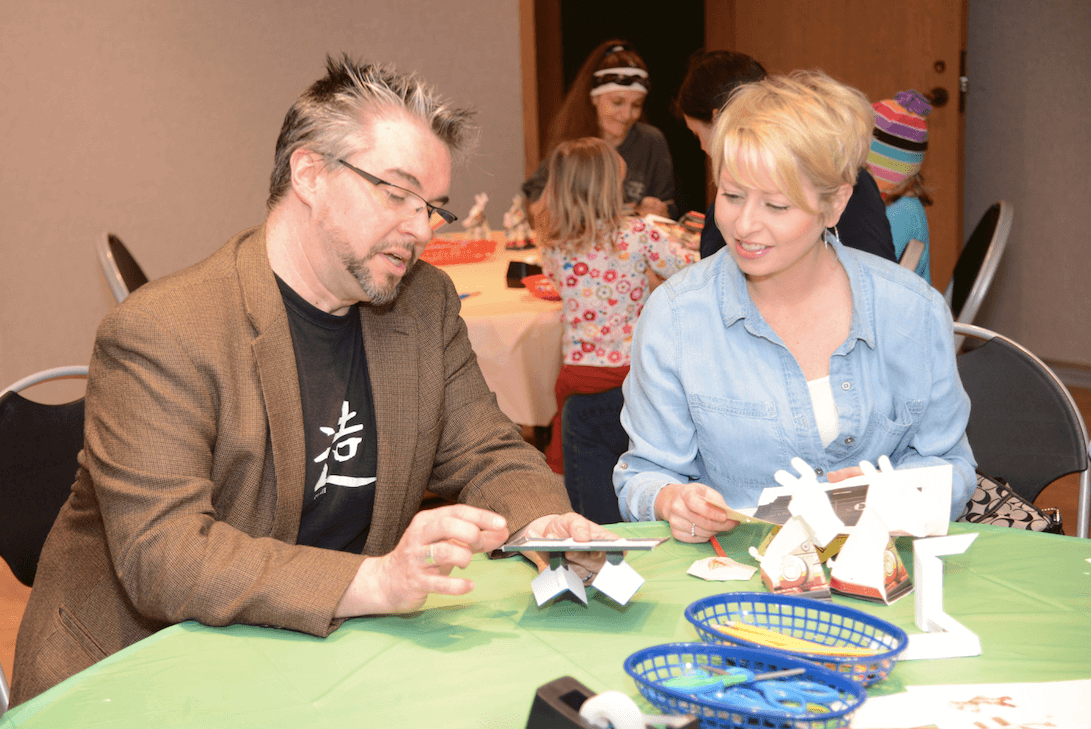 For years, educators have pointed out to students varied connections between the arts, math, and science, whether teaching types of symmetry through M.C. Escher tessellations or exploring fractions through quilt patterns. The Wick exhibition is filled with a wealth of creative applications of scientific principles. Visitors are drawn to the gallery wall of photographs that demonstrate optical illusions such as impossible objects, mirror tricks, and puzzling perspectives, which engage the mind’s eye. I enjoy watching the “light bulbs” illuminate above students’ heads when they unravel the impossible object crafted by Wick in his Crazy Columns photograph.

Optical illusions and impossible objects took center stage on Saturday, April 2, during Art Park Open Studio led by designer Brian Gunning, who guided participants in the creation of their own three-dimensional paper illusions.

Nearly 100 visitors of all ages stopped in to construct their own impossible objects in paper, testing the success of their optical tricks as they worked. 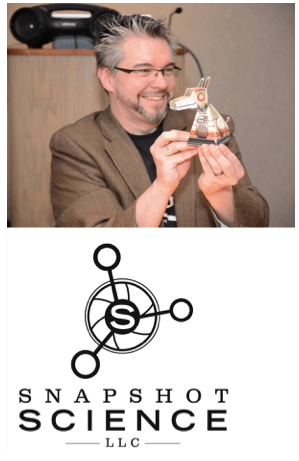 If you missed this opportunity, Brian will be back. He and Snapshot Science’s Stephen Schmidt lead Art 101/Hands-on Art: Bridging Art & Science, during Night Out @ the Woodson Thursday.

Saturday, April 16, 1-3pm, Snapshot Science will offer a drop-in family program dedicated to experimentation and inspired by Wick’s A Drop of Water. The striking and minimalist photographs on view from A Drop of Water, illustrate the often-underappreciated properties of water and basic principles of hydrology.

I doubt I’d ponder the wonders of water without Wick’s artful invitation to do just that. 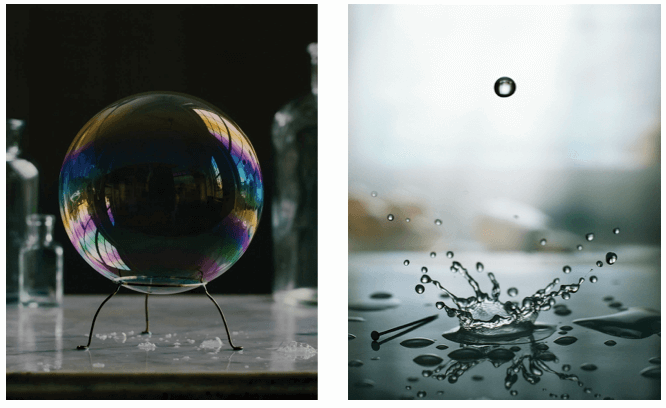 Walter Wick, Soap Bubble (left) and Splashing Drop (right) from A Drop of Water: A Book of Science and Wonder, 1997, photograph

The students and I discovered several other examples of teachable scientific moments captured in Wick’s photographs, our favorite being Wick’s Rube Goldberg Balloon Launcher, which masked a bite-sized physics lesson. Have you discovered other illustrations of scientific wonder in Wick’s exhibition or books?

Share your observations online here. Perhaps, unlike me, you won’t need the spoonful of sugar (eye candy) to swallow your daily dose of science.