Over the years, I’ve experienced some cold weather. The night my daughter, Lucy, was born, I scraped ice on the inside and outside of the car windows to get to the hospital. I remember “springtime” college baseball games played with winds howling and snow falling, chilling players and fans to the bone. It’s also impossible to forget sitting in those wonderful metal stands of Lambeau Field during frigid Packer games. 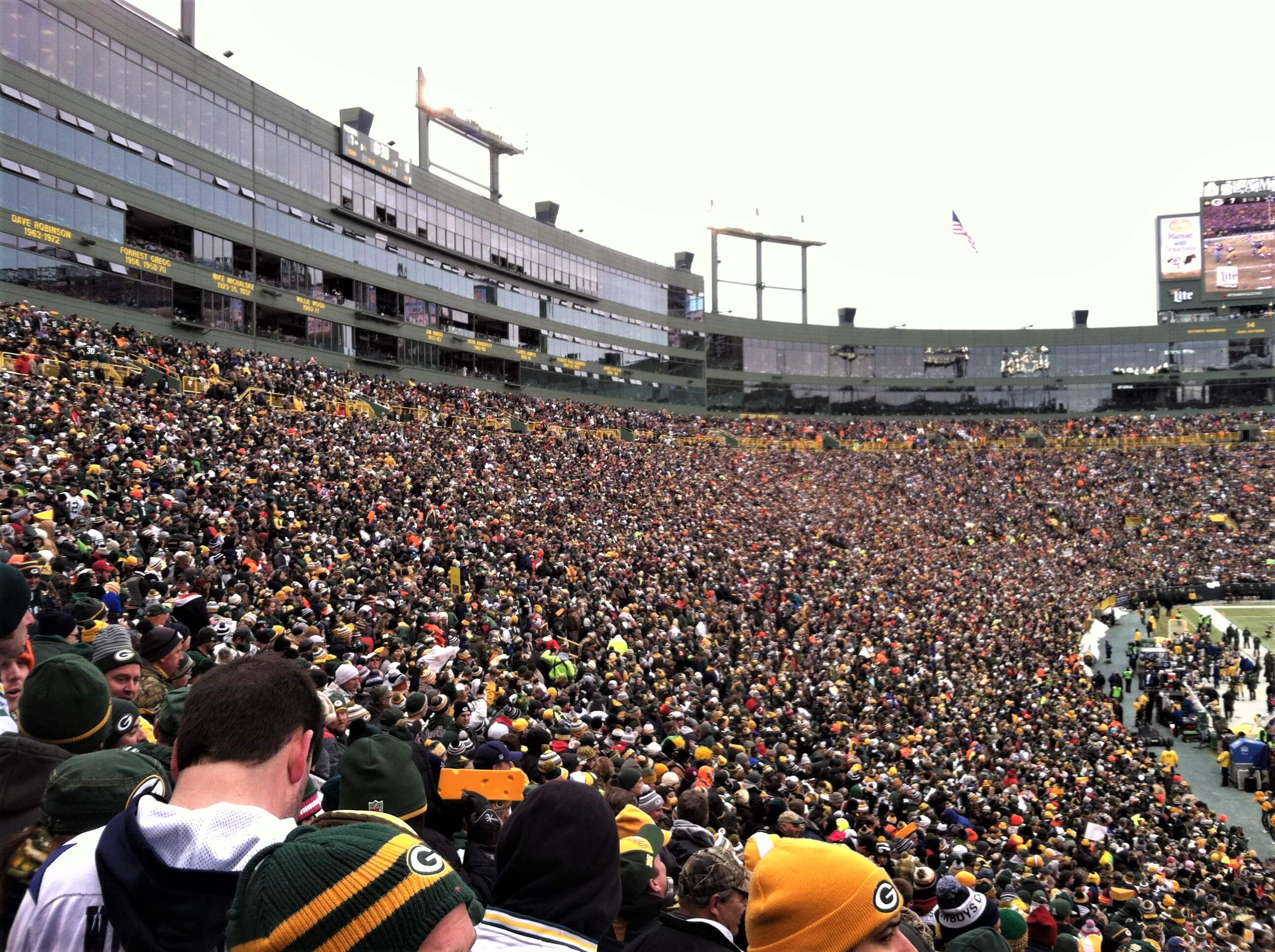 However, the coldest I remember being was filming the Team USA snow sculptors during one of their annual visits to the Woodson Art Museum. 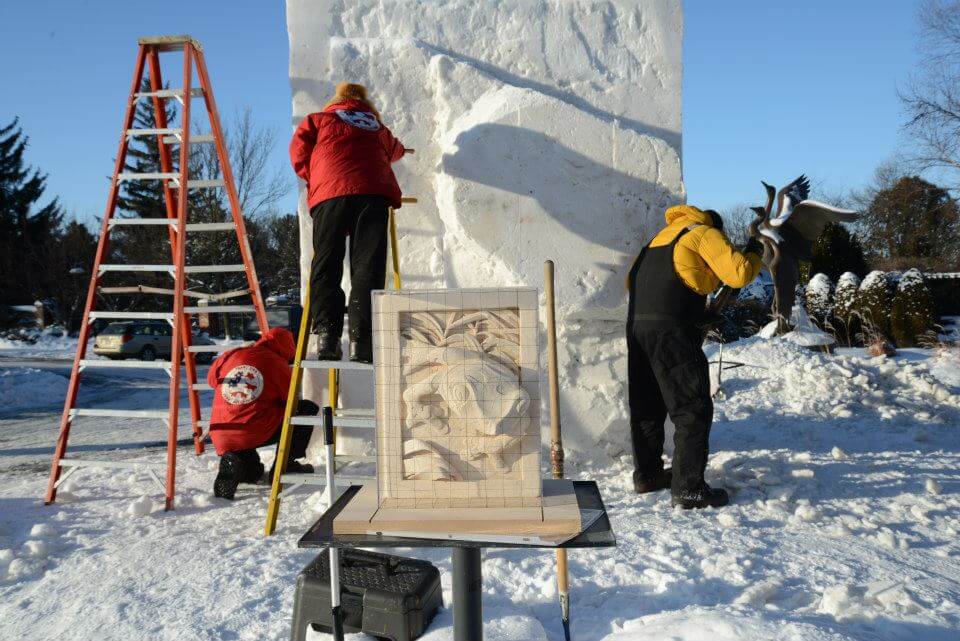 In 2010, the Woodson’s administrative team had the brilliant idea to film Team USA throughout two and a half days. Someone then suggested the new intern should stand outside with a video camera on a tripod and film the more than twenty hours of footage necessary for a six-minute time-lapse video. Willing to do anything to prove my mettle to the powers that be, I agreed.

Unfortunately, it happened to be three of the coldest days that winter. As someone who moved to the area with several of my belongings still at my parents’ house (on a certain non-easily accessible island in Wisconsin), I was without proper boots, gloves, and other garments needed for extended exposure to the elements. I froze from head to toe.

Remember that scene in Doctor Zhivago where Omar Sharif, after walking countless miles in the snow and wind of a Russian winter, is delusional and near death trying to get back to at least one of the two women he loves? Zhivago was downright toasty compared to what I went through filming Team USA that weekend.

Eight years later, with the feeling regained in my extremities, I can laugh about it and remember the fun I had watching the three artists comprising Team USA. At face value, Tom Queoff, Mike Martino, and Mike Sponholtz seem to have nothing in common (in looks nor personality), but work together as well as any team or group I’ve had the pleasure of watching. They all know their roles, the best way to proceed with their work, and enjoy doing it. 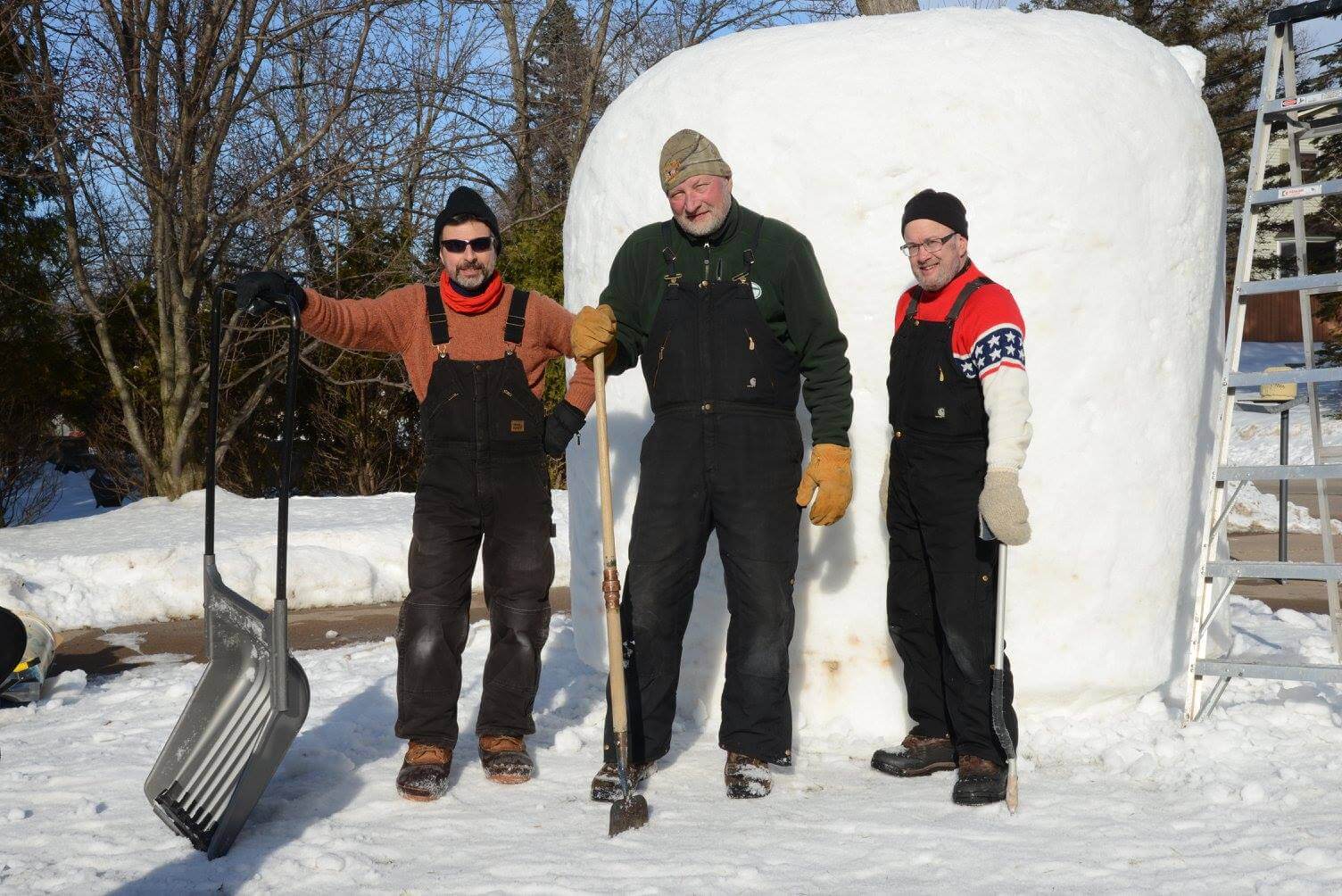 I look forward to their return this weekend. They will create a snow sculpture infusing elements from both current exhibitions, Wild Fabrications and Explorations in Wood. I encourage all to come see them in action. They are fun to talk to, and it is the best way to understand how they make it all work.

I will enjoy watching them from the comfort of my office window.