The Year in Art

By: Jane Weinke, curator of collections/registrar on December 30th, 2015

The dawn of 2016 is just two days away. The anticipation of the New Year is marked in many fashions, from celebrations to resolutions for personal

improvement. Long gone is my desire to toast the changing of the calendar. I do appreciate year-in- review reports and looking ahead to continued prosperity.

This week’s post seemed the perfect time to reflect on the growth of the Woodson Art Museum’s permanent collection. As I reviewed the catalogue of works, I was reminded that each artwork has a story, whether specific to the work itself, the artist, or the donor, the Woodson Art Museum will preserve these histories.

In 2015, our collection was enhanced by the addition of 923 artworks: seven sculptures, thirteen paintings, and 903 works on paper. Amazing!

Below are a few interesting facts.

Anne Senechal Faust donated twenty-one serigraphs. Her 2015 gifts bring the Museum’s holdings of her serigraphs to fifty-four and continue

Anne’s pledge to give an example of each work she has created to the Museum.

Included in the 903 works on paper are 858 sketches for the drawing collection. Anne Marie Gromme contributed 850 drawings by her dad, Owen J. Gromme; these drawings were made between 1919-1988. Debby Kaspari donated a sketchbook of drawings and notes from a three-week trip to Barro Colorado Island, Panama. That research was pivotal in her creation of Shadowplay, 2014, which the Museum acquired from the 2015 Birds in Art exhibition with proceeds from Project Postcard. 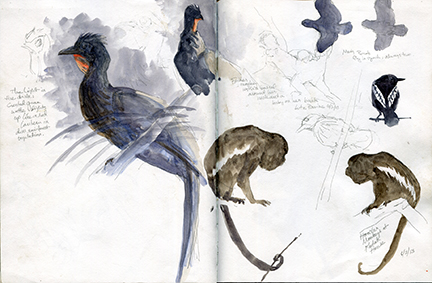 Kim Roush and Gunnar Tryggmo contributed preliminary sketches and color studies for paintings included in the 2015 Birds in Art exhibition. Happily, both paintings also were added to the collection; Roush’s 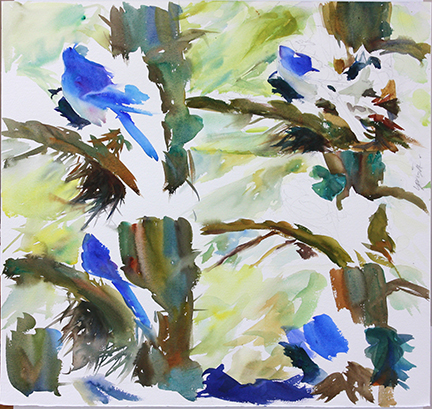 watercolor, Shelter, was acquired with Tribute Funds in memory of Margaret Foley and Frozen by Tryggmo was purchased with funds provided by the John and Alice Forester Charitable Trust.

I can hardly imagine a more 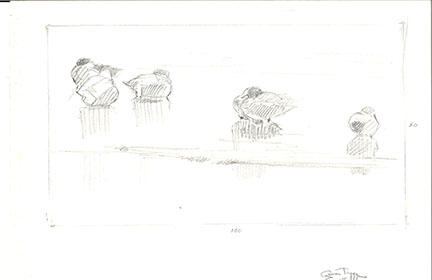 prosperous 2016, but I’ll keep my fingers crossed. The Woodson Art Museum is fortunate to benefit from the support of generous donors including many artists who help us realize our goal of enhancing lives through art . The Museum will continue to preserve and protect the artworks entrusted to us and record
each and every story for the future.