From Houdini to Hugo: The Art of Brian Selznick

Caldecott award-winning and New York Times best-selling children’s author and illustrator Brian Selznick creates powerful imagery by combining intricately rendered drawings, historical reference, and film. From Houdini to Hugo presents 100 original drawings and paintings from Selznick’s seventeen books, including The Houdini Box, Barnyard Prayers, Walt Whitman: Words for America, The Doll People, Amelia and Eleanor Go for a Ride, Our House, When Marian Sang, The Dinosaurs of Waterhouse Hawkins, and Frindle. Brian Selznick’s world comprises magical narratives and characters as diverse as the great Houdini, wordsmith Walt Whitman, celebrated singer Marian Anderson, and Hugo Cabret – an orphan who lives in the walls of a busy Paris train station. This exhibition comes on the heels of the November 2011 release of a major motion picture, Hugo, directed by Martin Scorsese and based on Selznick’s 2007 book, The Invention of Hugo Cabret. Selznick attended the Rhode Island School of Design and Brown University. After graduating, he worked at Eeyore’s Books for Children, in Manhattan, where his contacts included book editors, picture book artists, authors, and a knowledgeable staff. He wrote and illustrated his first book while working at the store. He received a 2002 Caldecott Honor and was awarded the 2008 Caldecott Medal for his innovative and cinematic The Invention of Hugo Cabret, a 526-page book told in words and pictures – nearly 300 pages of pictures! – that he both authored and illustrated. This exhibition was organized by the National Center for Children’s Illustrated Literature, Abilene, Texas. 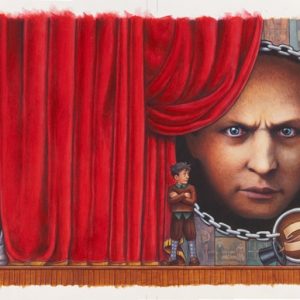 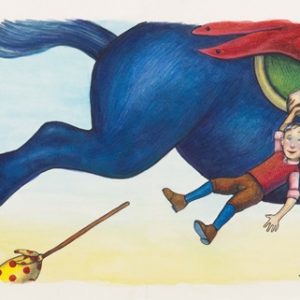 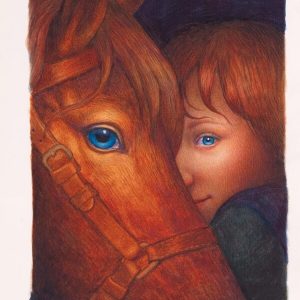 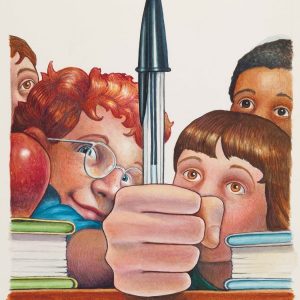 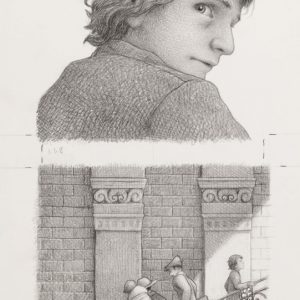 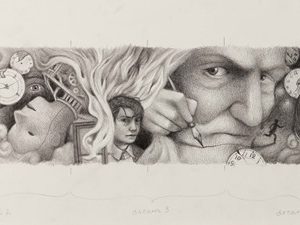 Brian Selznick, The Boy Who Longed for a Lift, 1997, acrylic, pen and ink on watercolor paper; © 1997 by Brian Selznick 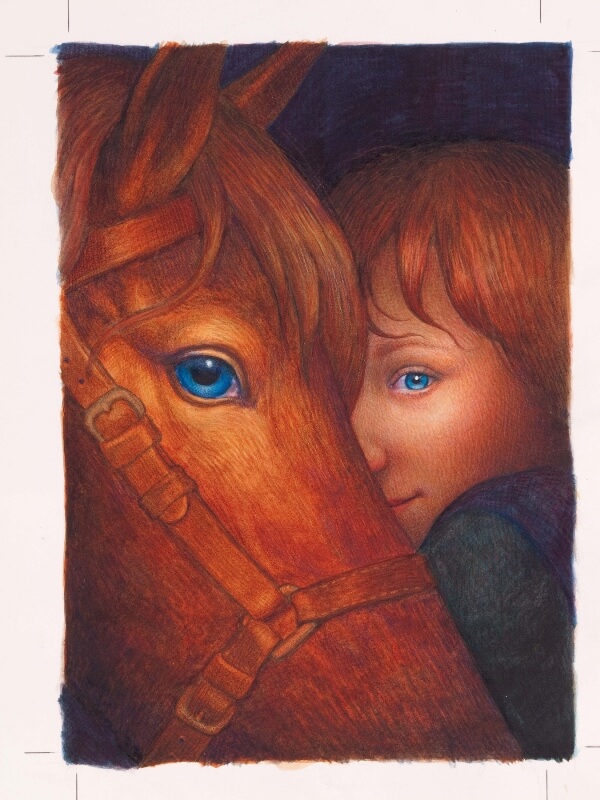 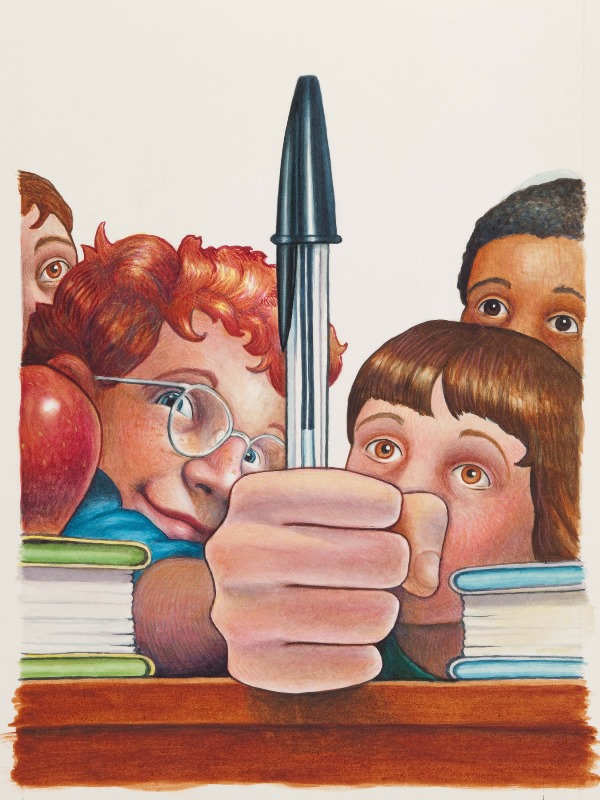 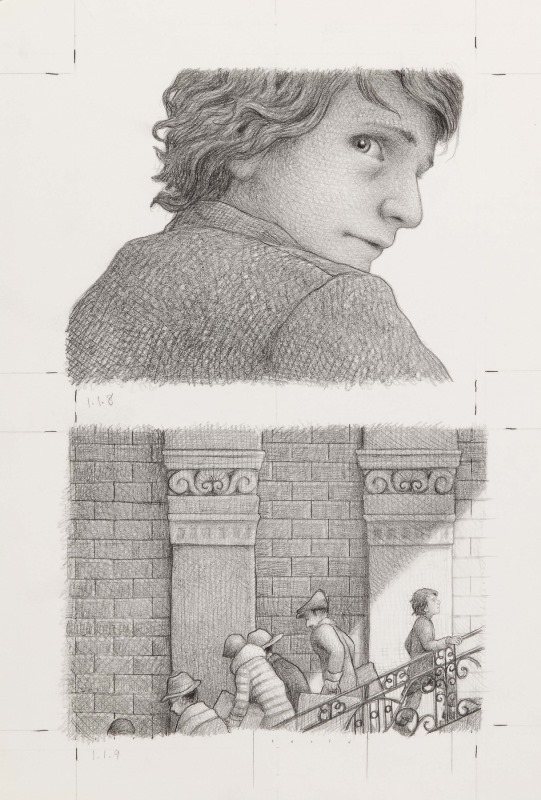