From Billions to None

By: Jane Weinke, curator of collections/registrar on July 2nd, 2014

It’s difficult to concentrate as I write this blog; the Woodson Art Museum’s fire alarm is bleeping nonstop. No evacuation is necessary. Some sensors are being moved, causing an alarm. I can’t help but be thankful for the technology that warns of fires and ultimately saves lives, but the sound is nerve wracking.

Too bad the passenger pigeon didn’t have a screeching alarm signaling its impending demise. Perhaps the course of history would have changed, preventing this species’ disappearance. 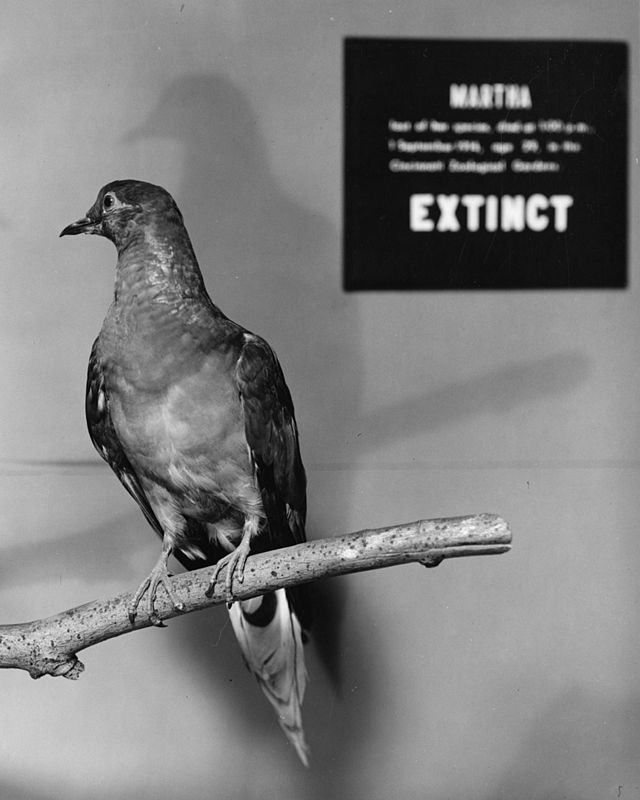 Project Passenger Pigeon is an initiative throughout North America in 2014 to mark the centenary of the extinction of the passenger pigeon. The 160 participating organizations – museums, nature centers, universities, and conservancies – will curate exhibitions and present programs promoting awareness of extinct and endangered species and honoring Martha, the last of the species, who died September 1, 1914 in the Cincinnati Zoo.

In 1800, an estimated three- to five-billion passenger pigeons dominated the skies of the eastern United States and Canada. Witnesses recount that skies darkened for as many as three days as enormous flocks passed over looking for food and habitat. The massive flocks would descend on hardwood and conifer trees, building nests in every nook of the tree. The weight of the roosting birds caused branches to sag and break, crushing birds and breaking eggs. The birds ravaged the forest floor consuming vast quantities of acorns, beechnuts, chestnuts and other mast seeds, further destroying the delicate ecosystem. Considered a staple food source, the passenger pigeon flocks were easy targets for hunters, and overharvesting contributed to the extinction. 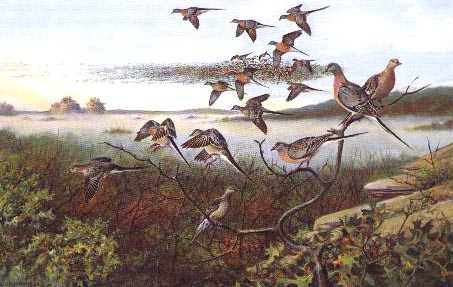 One hundred years has passed, and the loss of the passenger pigeon serves as a powerful reminder of the delicate balance between man and nature and the need to appreciate and protect even seemingly endless resources. The 1918 Migratory Bird Act was enacted in an effort to prevent further species elimination, followed in 1973 by the Endangered Species Art. Continued efforts to increase awareness are necessary to prevent history from repeating.

The Woodson Art Museum will present Legacy Lost & Saved: Extinct and Endangered Birds of North America. The exhibition comprises artistic portrayals of extinct and endangered species, including the great auk, passenger pigeon, Carolina parakeet, heath hen, and Labrador duck, which are recent extinctions – designated as lost since 1500. Drawings of the ivory-billed woodpecker by Don Richard Eckelberry are also included. Eckelberry’s April 1944 sighting of the ivory-billed woodpecker is universally accepted as the last. He spotted a preening female on a tree in the Singer Tract, now known as the Tensas River National Wildlife Refuge in Tallulah, Louisiana. 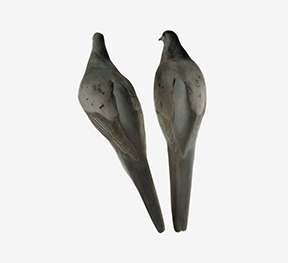 It’s quiet in my office now; the alarm finally has stopped. Sadly, the world has lost the song of five birds, and perhaps more songs risk being silenced as other birds teeter on the brink. Let’s hope Legacy Lost & Saved: Extinct and Endangered Birds of North America and the accompanying education programs will help to prevent further extinctions. We should not lose the song of one more bird. 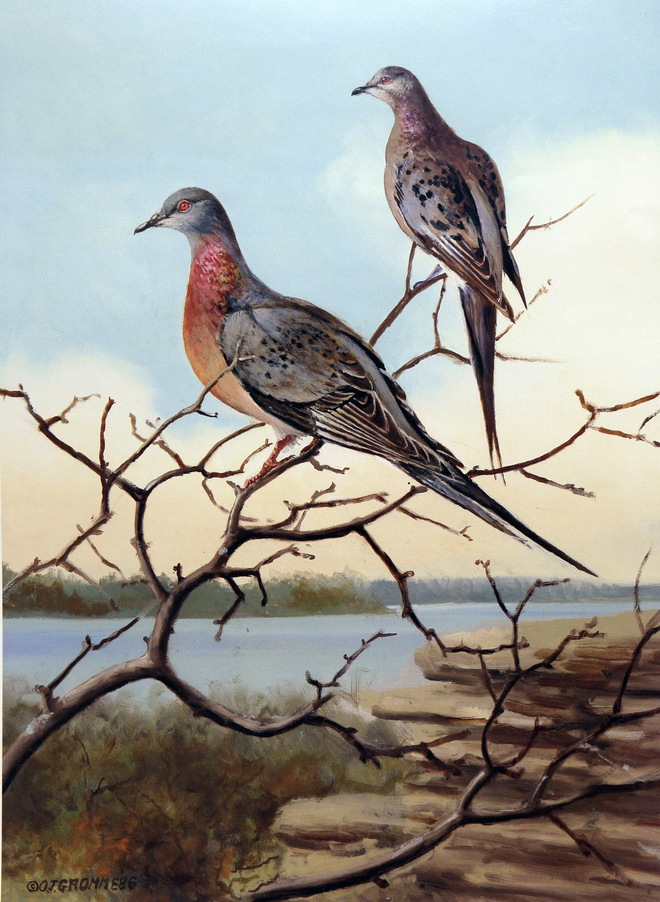