By: Andrew McGivern, curator of exhibitions on February 21st, 2018

Emerging from what seems like a long winter, I’m always happy to get back into nature to pursue my favorite pastime – birdwatching.

The Great Backyard Bird Count was last weekend, and I’m happy to report that our winter bird population is vibrant and healthy. In fact, we’ve seen a robust return of common redpolls and pine siskins, whose numbers were very low last year.

Some of the usual suspects that my wife and I see year-round in our yard include downy, hairy, and red-bellied woodpeckers. This spring, I expect to see their larger cousin, the pileated woodpecker, often when the parents introduce their juveniles to our suet feeders. They can reduce a block of suet quickly in just a few minutes.

At this time of the year, we often see large flocks of common redpoll and pine siskin, interspersed with a few American goldfinch at our thistle feeders. The yard can be deserted one minute and swarming with birds another. Dark-eyed juncos still are seen daily along with red and white-breasted nuthatches. My wife and I have seen a larger-than-normal number of cardinals this winter – as many as eight to ten, appearing at dawn or dusk. 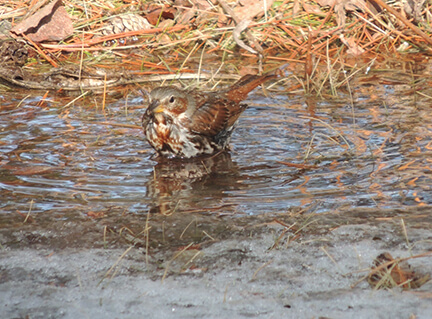 One unexpected backyard visitor this winter was a shy fox sparrow. I noticed it at dawn amid a group of other ground-feeding birds and, at first, thought it was a song sparrow. A few days later, I was able to photograph it; also, my wife, Jeana, was able to get another good shot of it in afternoon sunlight. In the past, I’ve only seen fox sparrows during spring and fall migration.

In addition to backyard birdwatching, I enjoy getting into the field to observe birds that usually don’t visit my yard. Jeana and I took Sherrie York, who recently was in town for a two-week Woodson Art Museum residency, to the Buena Vista Wildlife Area in Portage County. I was hoping to view the short-eared owl to add to my life list. Although the short-eared owl could not be found, Sherrie was able to add the snow bunting to her life list. We saw a flock of about sixty birds moving on and off the road before settling on a distant snow-covered field. 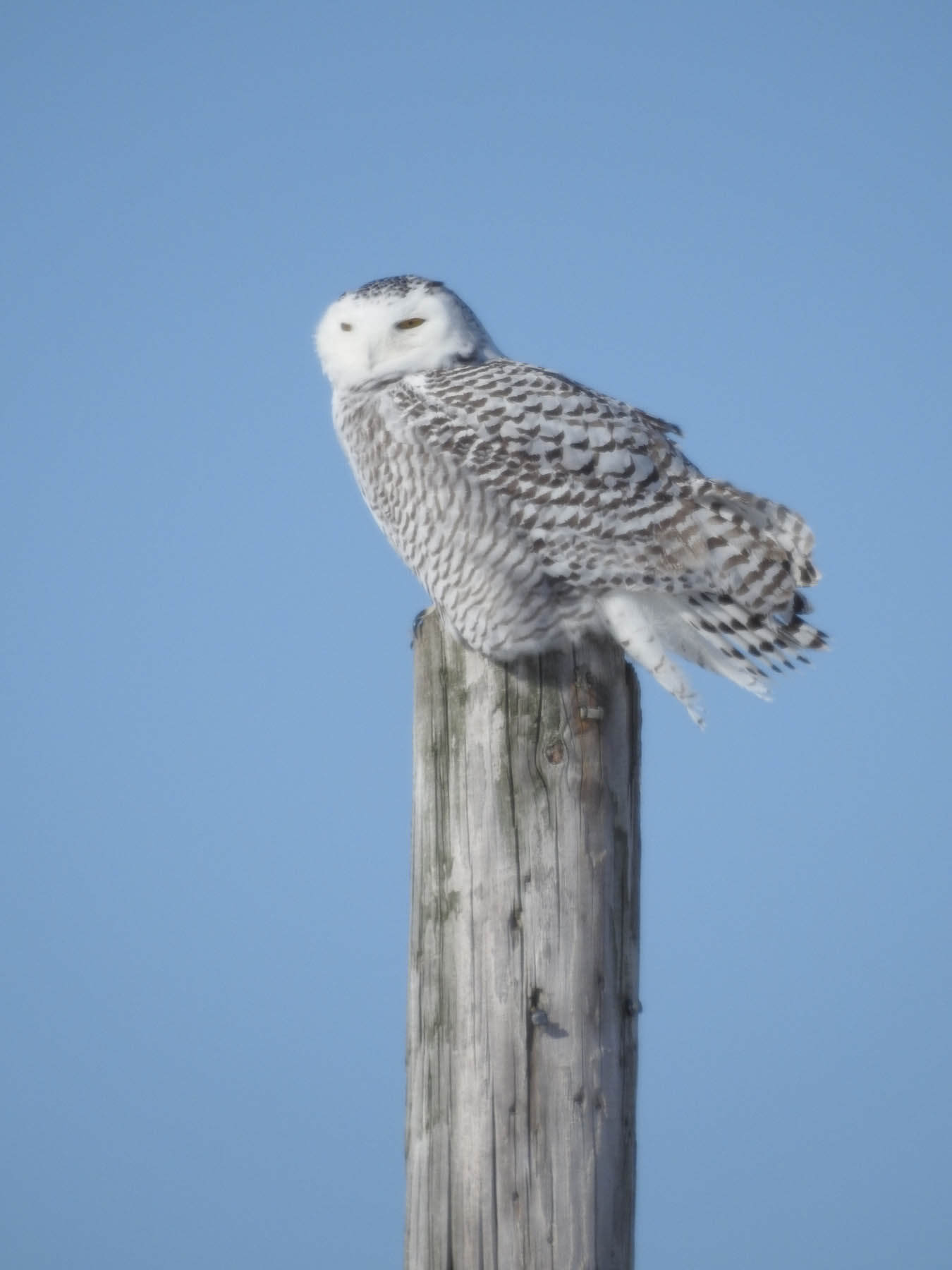 Several minutes later, we came across a few more snow buntings along with horned larks. It was a good day for birding. We saw red-tailed and rough-legged hawks, and a bald eagle that flushed a flock of mallards along a stream, American tree sparrows, and a few other species. Before our visit ended, we viewed three snowy owls within a few of blocks of one another. All three owls were seen atop poles, and two birds flew down to capture a small rodent. 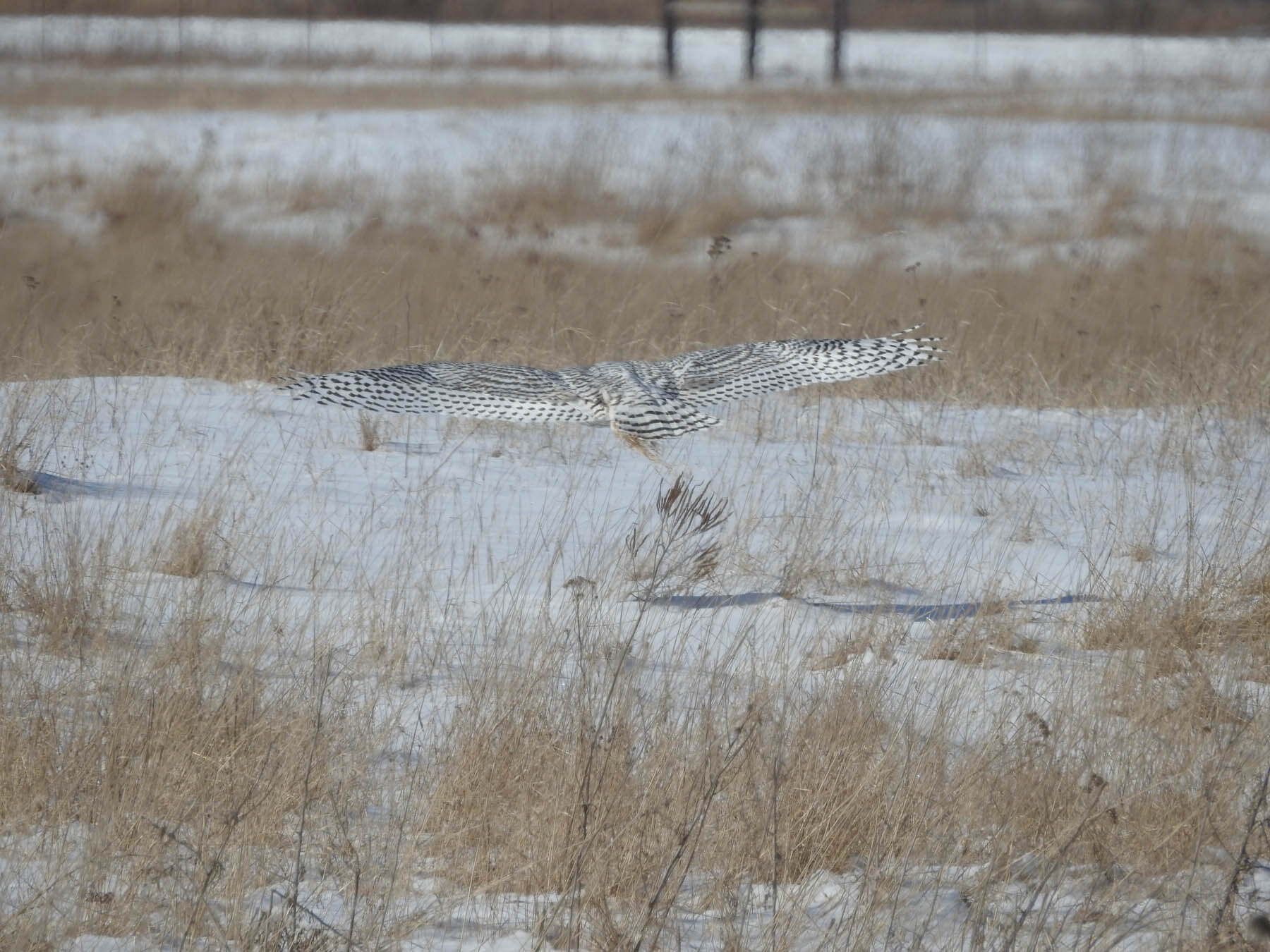 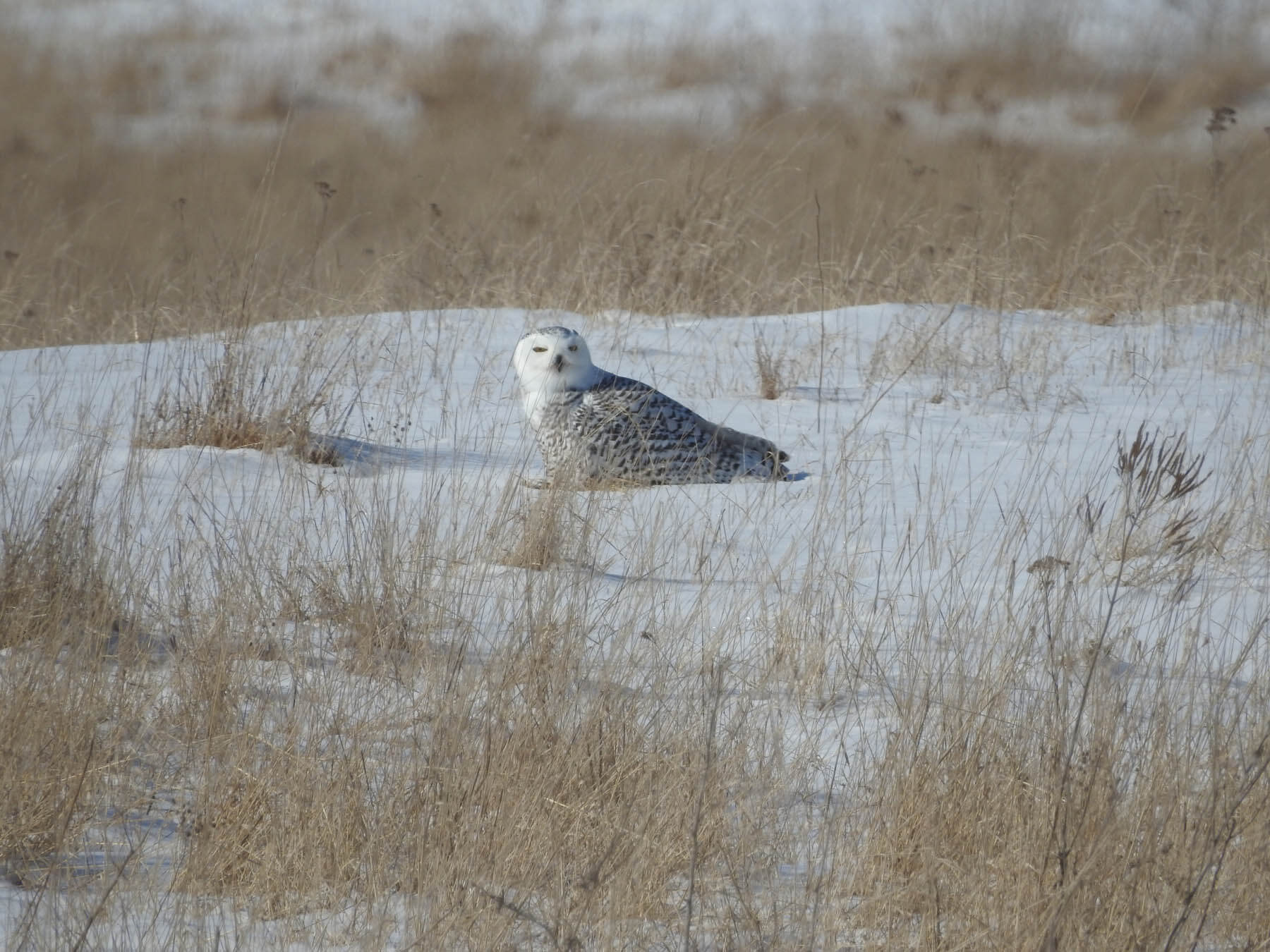 In a few weeks, temperatures likely will warm enough to melt the snow and ice; early migrants soon will follow. Several of the species, such as dark-eyed juncos, pine siskins, common redpolls, horned lark, snow buntings, and snowy owls, will make their way north to the tundra for the summer.

I’m eager to migrate outdoors more frequently in the coming weeks. We hope you’ll visit the Museum during the final days of the exhibitions featuring quilts and turned-wood objects, on view through Sunday, February 25. You’ll spot plenty of birds year-round in artwork from the Museum’s collection and stay warm in the galleries, too.