Okay, I don’t necessarily enjoy dressing up (when I was younger, or even now), but I get a kick out of seeing others in costumes. I truly appreciate the consideration and creativity some people put into their choices, especially kids. Fortunately, I’m a parent of children who months in advance think about and plan their costumes, which tend to be tributes to characters or people they look up to.

In recent years, my daughter, Lucy, and son, Brooks, dressed up as Ruth Bader Ginsburg, Harpo Marx, and Frida Kahlo just to name a few. Not deviating far from those prior choices, Lucy recently dressed up as Angelica Schuyler (after a summer-long Hamilton bender), and Brooks chose Marty McFly specifically from Back to the Future Part II. I don’t ask too many questions. 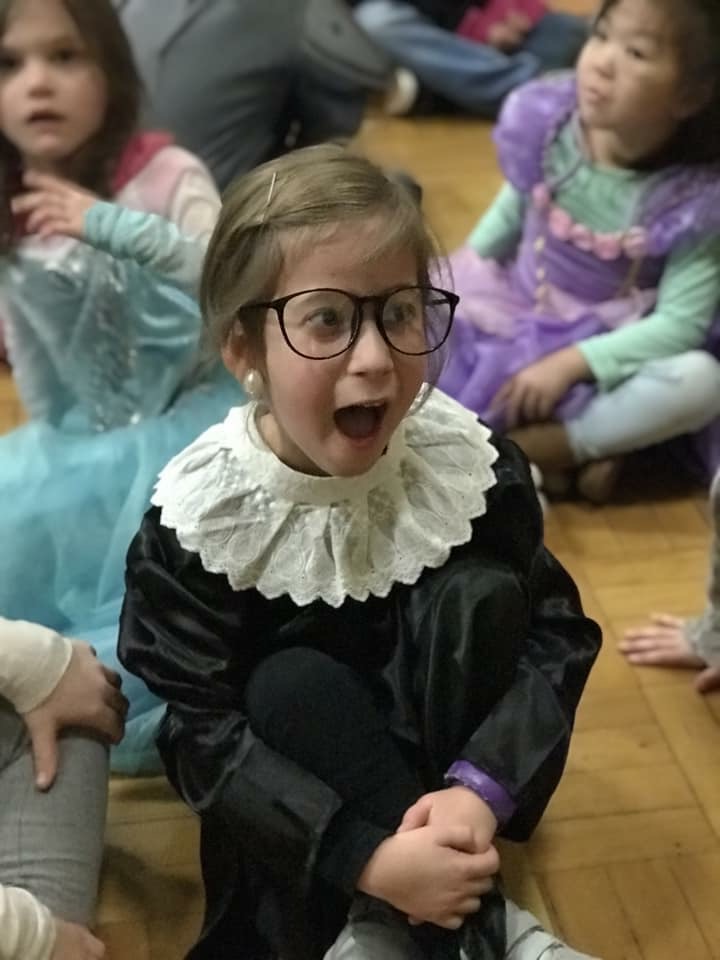 Not your typical Kindergarten Halloween costume… 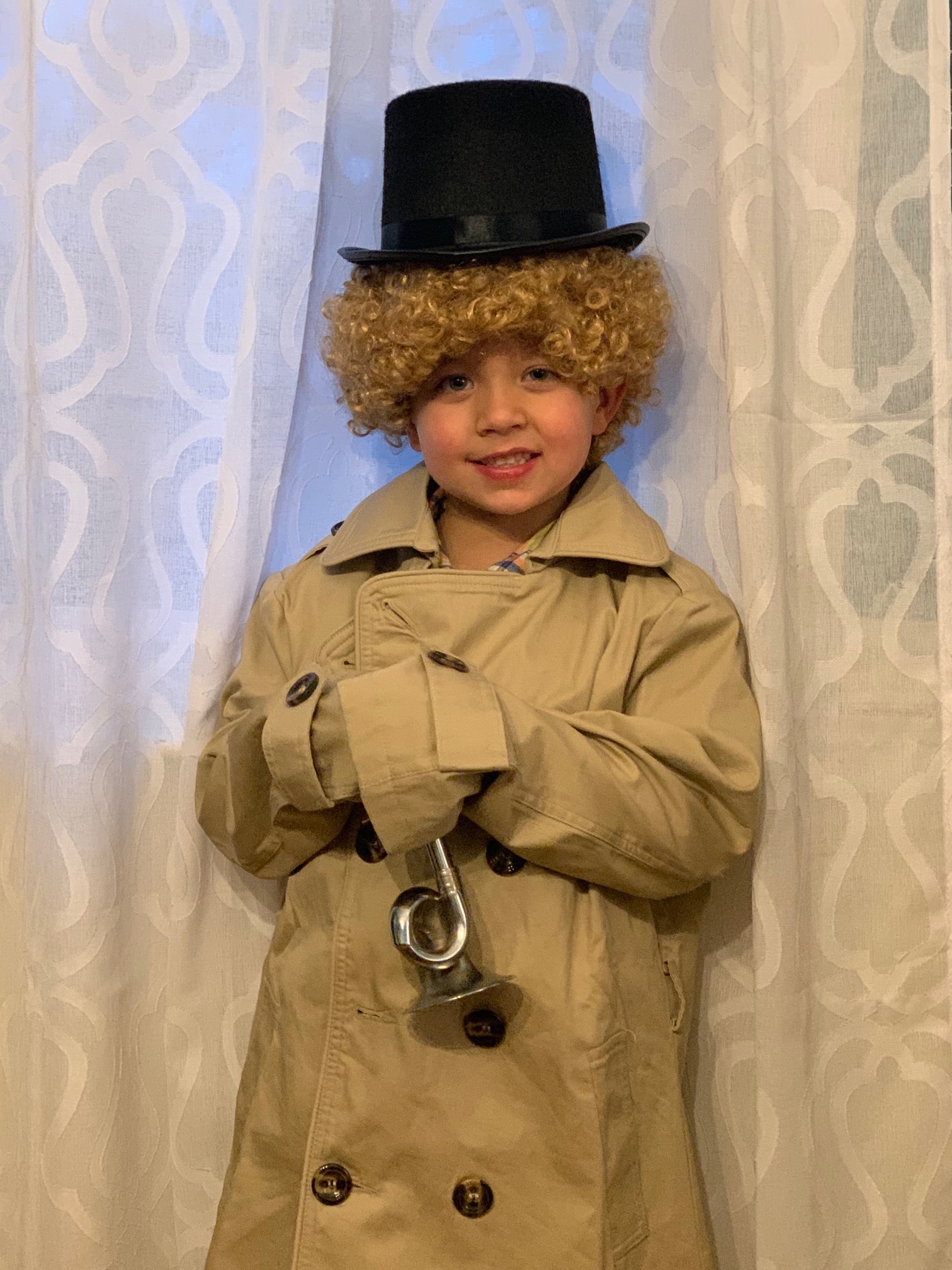 Besides the lack of talking, the costume that most resembles his mischievous personality

Although it might sound strange to some, my wife and I generally accept our kids’ wishes to dress up as people they admire for Halloween. Which brings me to my coworker Catie Anderson. Catie also chose to dress up this year as someone she admires. Someone who not only makes great artwork, but great jokes, and great fashion choices – sculptor and frequent Birds in Art artist, Tom Hill. Tom, who has a tremendous sense of humor, as well as sense of self, embraced Catie’s costume choice for Halloween, as well as my writing this blog.

Vibrant shoes and socks, a dirty smock, flipped up hat, some sunglasses, and the costume was complete. Besides her outward appearance, Catie committed to the character by speaking with Tom’s accent (the actor Tim Curry in a relaxed state), so her devotion was impressive. 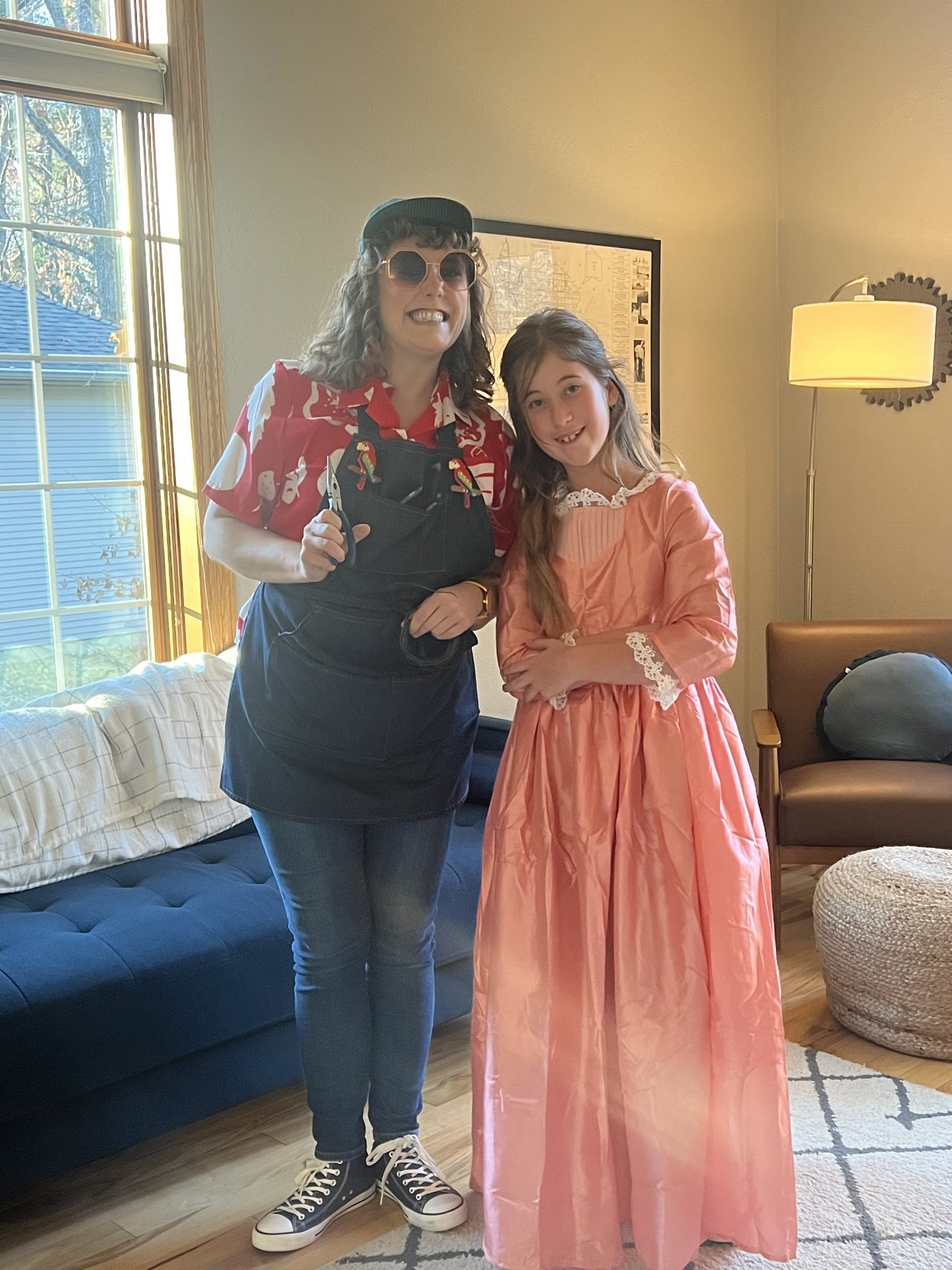 My kids (and Catie) have another twelve months to formulate a plan for 2023 Halloween costumes. I’m already intrigued by what all three might choose for next year. As for my costume, I’ll just stick to passing out the candy.