By: Amy Beck, marketing and communications manager on November 9th, 2016

When people ask me what I do, often I reply that it’s my privilege to champion the Woodson Art Museum. I’m delighted to see that, increasingly, others are being inspired to do the same by voluntarily taking the time to share their enthusiasm via social media — writing reviews on Trip Advisor; liking, sharing, and retweeting the Museum’s Facebook and Twitter posts; and creating videos and posting them on You Tube. 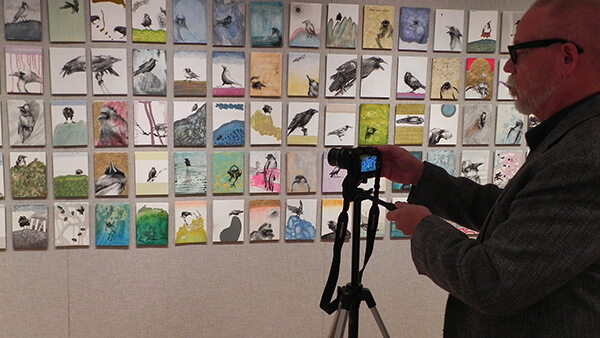 During last week’s Wisconsin Fall Tourism Conference in Eau Claire, one speaker described the creative and momentum-building power of the positive feedback loop. It works like this. People brainstorm a creative idea and generate the project. The community loves it and then shares and amplifies that good reception through social media — word-of-mouth on steroids — which encourages and further energizes the idea generators to do more and better creative work. This becomes a positive feedback loop that encourages, nurtures, and multiplies creativity.

Take a look at delight-filled reviews on Trip Advisor, Facebook, and Yelp that were written and posted after recent Woodson Art Museum visits. The dedication and passion behind these good vibes is increasing, too. Visitors are becoming fans. Fans are becoming advocates. Advocates are taking action — in ways that spark and fuel their own creativity and spur them on to try new mediums and develop new skills.

Take Jeff Eaton, for example. A Woodson Art Museum member since 1994, he steadfastly traveled from Rhinelander with his wife, Mary, for member preview receptions, changing exhibitions, and Birds in Art each fall. Four times since last summer, Jeff has created video tours of artwork on view and posted them on his You Tube channel, Random Button Pusher, providing a virtual window into last summer’s Chairs exhibition, The Art of Seating: Two Hundred Years of American Design, the sandhill crane sculpture, a video featuring 2016 Master Artist Karen Bondarchuk’s artwork, and another of the 2016 Birds in Art exhibition. 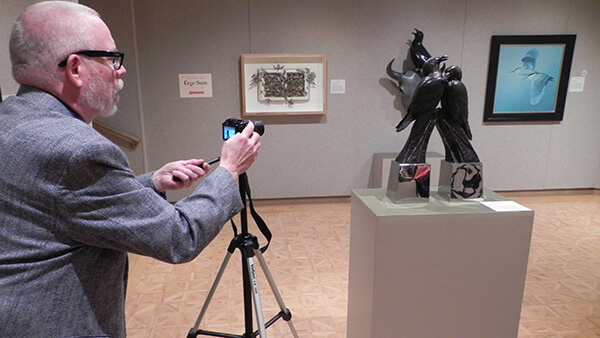 Why after 22 years has Jeff become such an advocate — sharing the virtual tours and descriptions of exhibitions, mentioning always-free admission, and even encouraging others to become Museum members?

Well, clearly, the Woodson Art Museum is a place he feels a part of — not merely a place he visits. Also, transforming his visits into videos is helping him practice and develop skills for his newfound interest, hobby, and creative outlet. Video, for this writer and still photographer — a former journalist and Nicolet College communication and English instructor — initially served as a good distraction for the couple during the onset of Mary’s debilitating illness. It morphed into a creative collaboration throughout nearly two years while they dealt with the progression of her ALS. Creating videos of artwork on view at the Museum and scenic vistas from the Northwoods, along Lake Superior, and the Upper Peninsula has proven therapeutic for Jeff since Mary’s passing last April. 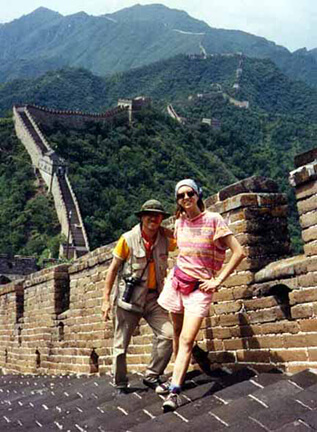 Jeff and Mary in a 1993 photo taken in China by their then 8-year-old daughter, Eleanor.

It’s gratifying to know that the Museum plays a role — as it has for many others throughout the years — in encouraging Jeff to develop his creativity in new ways.

An increasing number of visitors feel as Jeff and I do: the Museum is not just a place we go, but an important part of who we are — an experience we eagerly and enthusiastically invite others to share, too. How has the Museum inspired you and your creative pursuits?