By: Amalia Wojciechowski, curator of collections on October 12th, 2022

While perhaps best known for her work in the Surrealist movement, artist Leonora Carrington’s enduring interest in myth created a unique approach to the frequently seen Surrealist subjects of dreams, visions, and the shamanistic presence of animals within them. Born in 1917 to a wealthy family in Lancashire, England, she was raised Roman Catholic. During her childhood, she often explored Celtic and Irish myths; these early interests blossomed in Carrington’s work, often finding expression in her frequent supernatural and mystical subjects. Recently acquired by the Woodson Art Museum, Carrington’s The Saints of Hampstead Heath, created in 1997, showcases these tendencies. 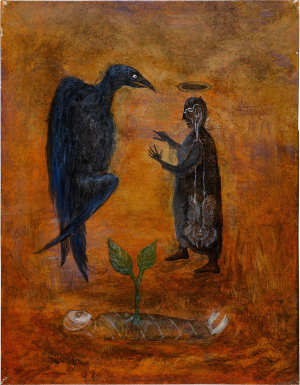 Leonora Carrington, The Saints of Hampstead Heath, 1997, oil and gold leaf on canvas board, 16 x 14 in., Museum purchase with funds provided by the Nancy Woodson Spire Foundation

In the painting, a black bird with cape-like wings edged in blue dominates the left side. The black bird is often seen in her paintings, such as in The Giantess (The Guardian of the Egg), where black and white birds circle a central figure. In both paintings, Celtic goddesses are referenced explicitly in their relationship to avian imagery. 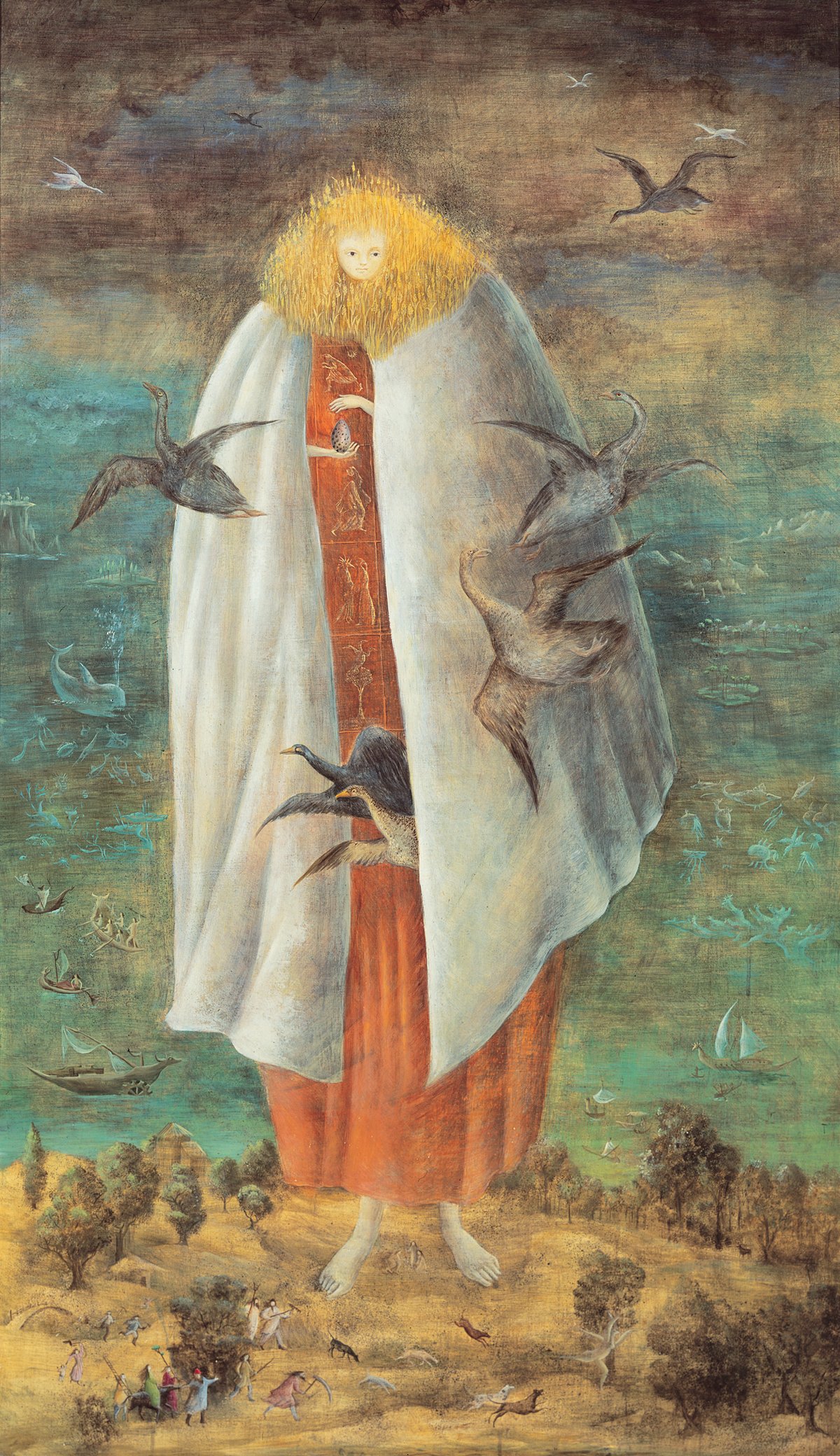 Leonora Carrington, The Giantess (The Guardian of the Egg), 1947, tempera on wood panel, 46 x 27 in., private collection

The figure to the right of the bird stands with feet and hands extending from a black robe. The figure gestures with an outstretched hand, perhaps a gesture of teaching or one of beckoning: “Come here with me” or perhaps “See here.” Within the figure, a stark white outline details the face. An eye, ear, and mouth are visible in outlined profile. Around the figure’s left shoulder, the white outline bleeds down to the figure’s base. There, a ghostly white image emerges. A winged, masked face looks out from the robe’s hem. The leafed face of the figure within the robe recalls imagery of the Green Man, a pre-Christian Celtic figure associated with rebirth and fertility.

A third figure rests at the feet of the two figures wrapped in a tight burial shroud. Only the figure’s feet and face are visible. The closed eyes and mouth portray a peaceful expression. A plant sprouts from the center of the body, two large leaves reaching up into the space. In another of her paintings, The Pomps of the Subsoil, three avian-bedecked goddesses watch over a small green sprout that emerges from an egg. Like in Pomps, Saints is a painting about rebirth and new life – the plant’s new growth. Simultaneously, the bird and figure in black wear halos, hearkening back to the painting’s title The Saints of Hampstead Heath to create a hybrid image of rebirth, recalling both her Roman Catholic and Celtic origins. 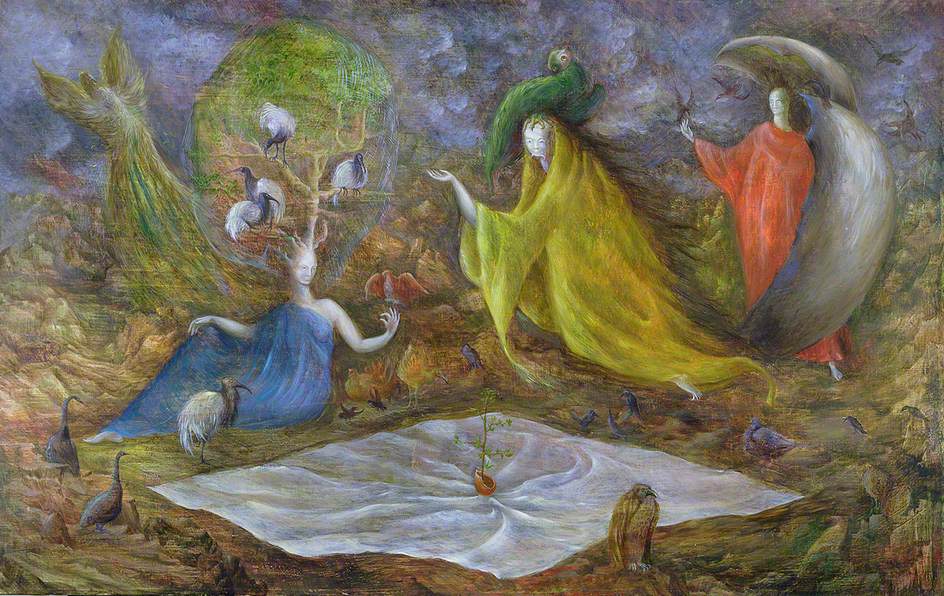