By: Catie Anderson, curator of education on November 9th, 2022

This August, in between Birds in Art preparations and programming, the Woodson Art Museum staff offered new-docent training classes for a group of six community members. We are excited to welcome Michele, Diane, Amanda, Clark, Gabriel, and Rocky to the docent corps.

These enthusiastic and insightful future docents comprise two former physicians, an artist, a lawyer, a designer and amateur botanist, and a retired salesman who served as the Museum’s former fire extinguisher training instructor.

For two hours, every Tuesday and Thursday morning, the class discussed art, reflected on museum experiences, reviewed best practices, and exercised visual analysis skills. In addition to bringing donuts and treats for late-morning sugar fixes, each member of the cohort brought an open mind and positive attitude to class.

It’d been several years since I last spearheaded new docent classes, which meant updating PowerPoints and handouts, and inviting newer staff members into the mix for introductions and insights into their roles at the Woodson. To say I was a bit rusty is an understatement and even though I know how I like to work with visitors in the galleries, it’s my style to worry whether I can successfully translate and teach important techniques to others. From the  Visual Thinking Strategies model to troubleshooting challenging scenarios, there’s a lot of territory to cover and many approaches to engaging in a museum setting. Striking a balance between “take this seriously” and “have fun with it” can be challenging. This particular class group, however, demonstrated levels of perception and patience beyond any I could have hoped for, traits that will make them highly successful “meaning makers” in the galleries. 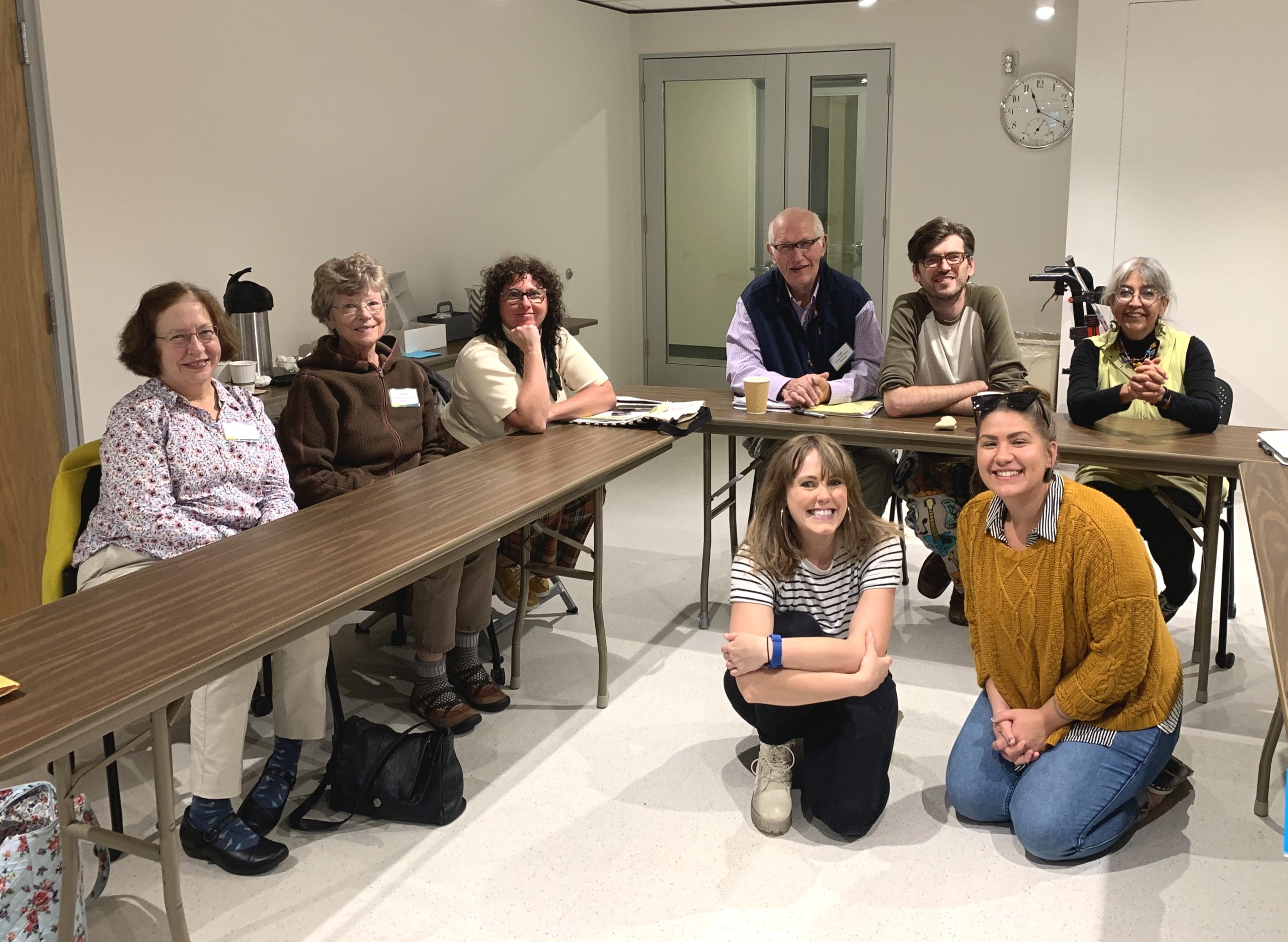 Museum director Kathy Foley likes to say that, unlike most people, art historians wake up when the lights go out (and it’s time to view projections of artwork images), an adage that proved accurate for future docents, too.
My favorite August memory occurred during a visual analysis session when everyone selected and presented an artwork to the class. Curator of education Rachel Hausmann-Schall selected Eva Hesse’s Hang Up, which generated a half-hour-long discussion on artist intent, interpretation, and the perceived roles of artist, viewer, and curator. It was rewarding to watch the group actively listen to one another’s opinions and allow new perspectives to alter their own. The sincere consideration of differing viewpoints, non-judgmental questions, and supportive conversation were prime examples of art’s ability to bring people together to share meaningful experiences and grow together.

I hope the docent fledglings found the late-summer sessions to be as rewarding as staff did; I look forward to working with them in the galleries soon.