By: Andrew McGivern, curator of exhibitions on April 8th, 2015

My wife and I recently returned from Abu Dhabi where we visited our son, Justin, and his wife, Sarah, who have been working on the Cleveland Clinic Abu Dhabi project for a few years. It was our third visit to the area and every time we go, I like to seek out the unique birds and wildlife there. 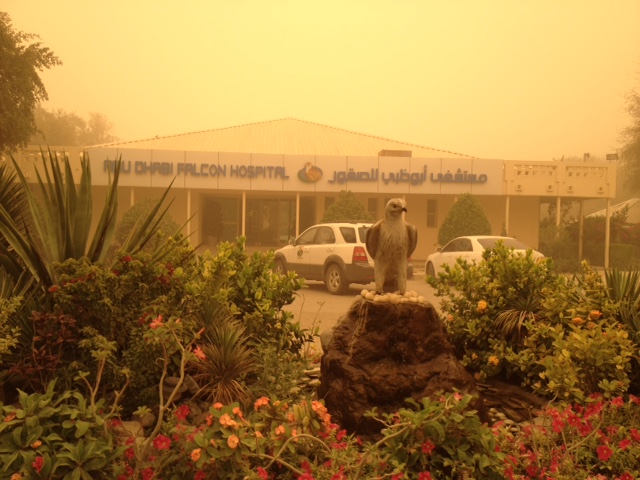 On this trip, Justin and Sarah made arrangements for us to visit the Abu Dhabi Falcon Hospital. The facility is located about twenty-five miles from the city and we drove through a sandstorm to get there. I’ve seen white outs during snowstorms; this was similar – only brown.

During the hospital’s two-hour tour, we were greeted in the lobby and taken to a small museum with artifacts and a few mounts and given a short history of falconry. We learned that the Bedouin people used falcons to hunt larger birds and hares to supplement their diets as they moved through the deserts.

Today, falcons are acquired for sport and as objects of personal and family pride. 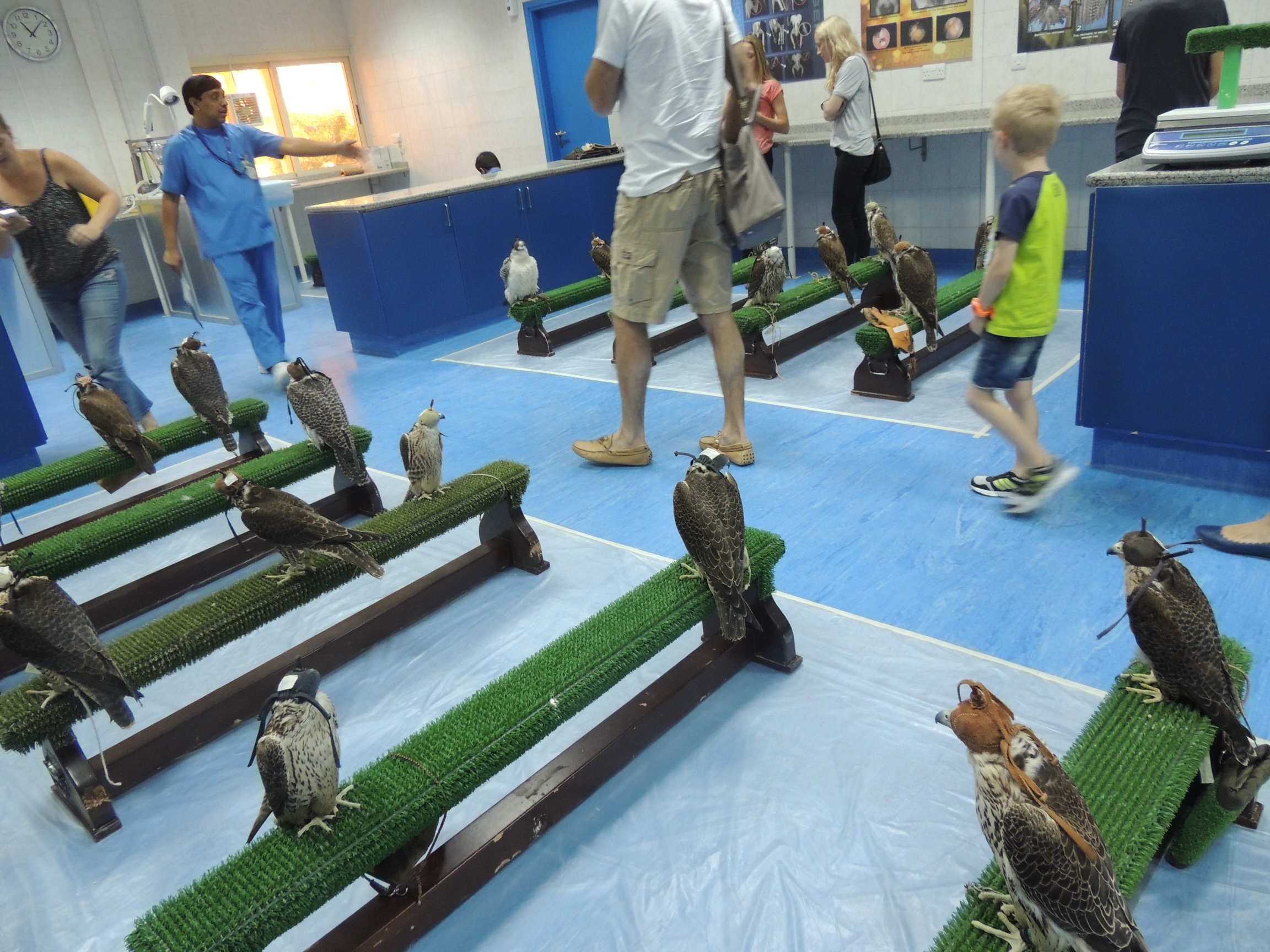 We returned to the main building and into the falcon waiting room where over thirty birds with leather covers over their heads were perched awaiting examination. 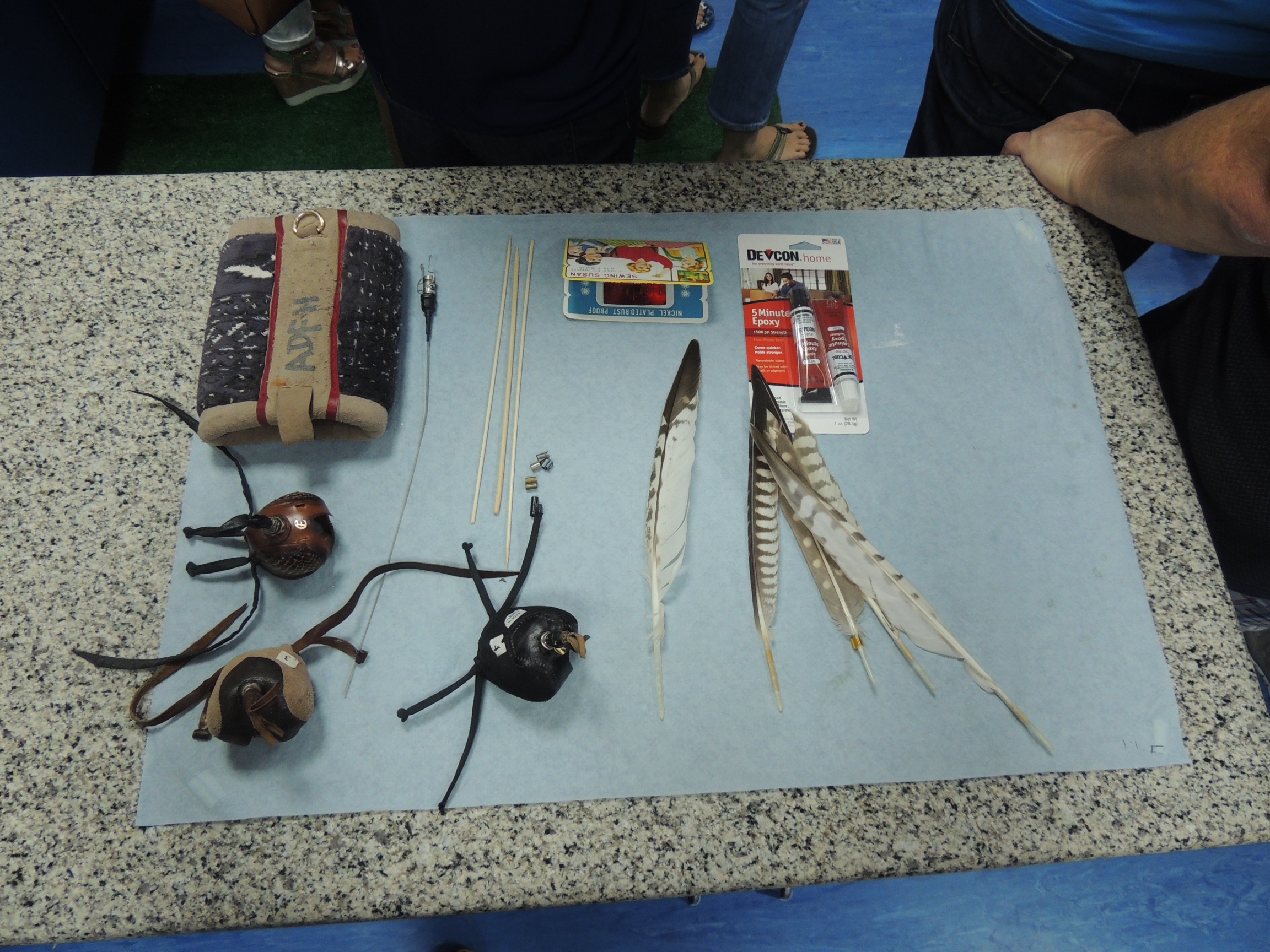 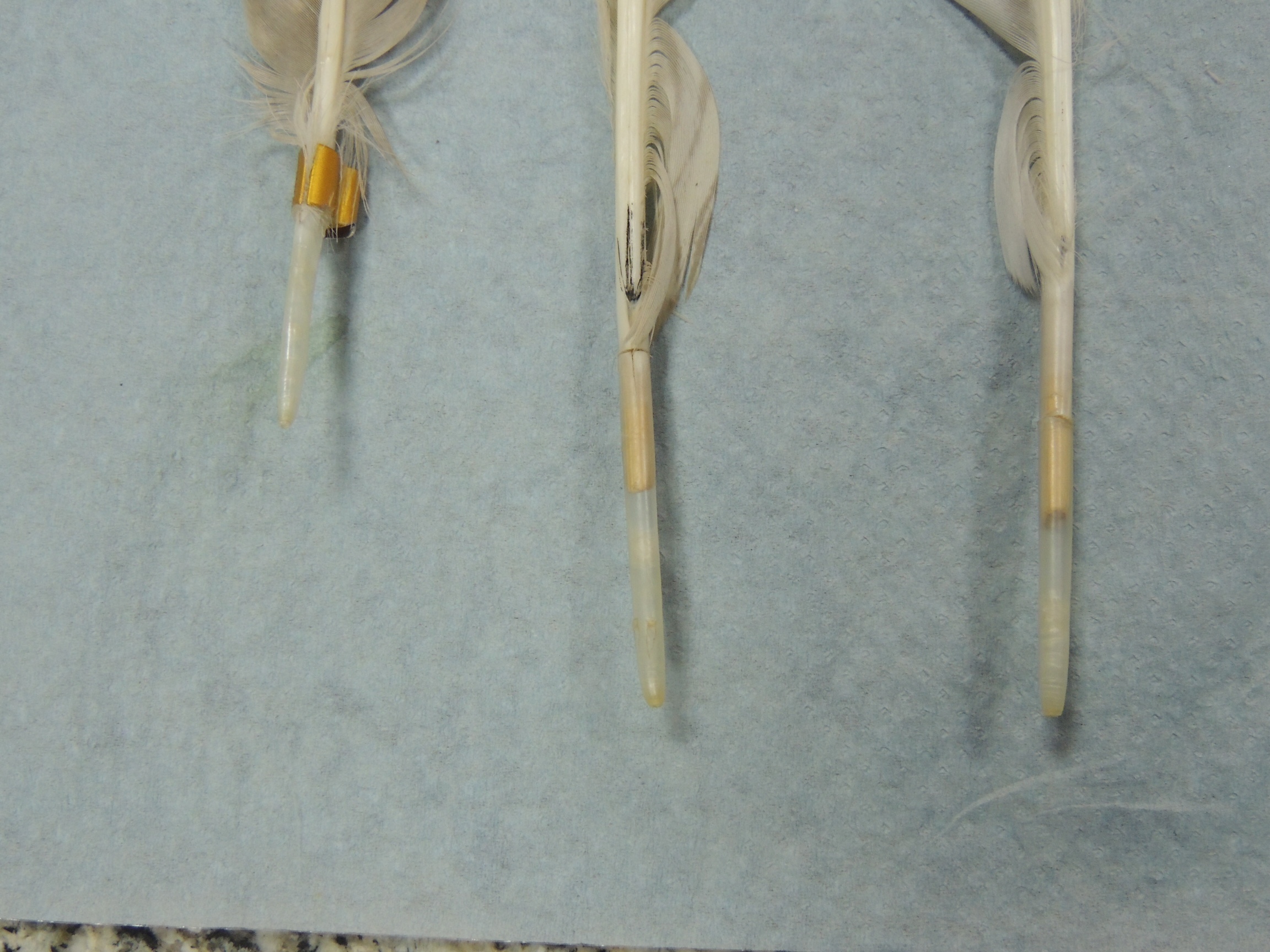 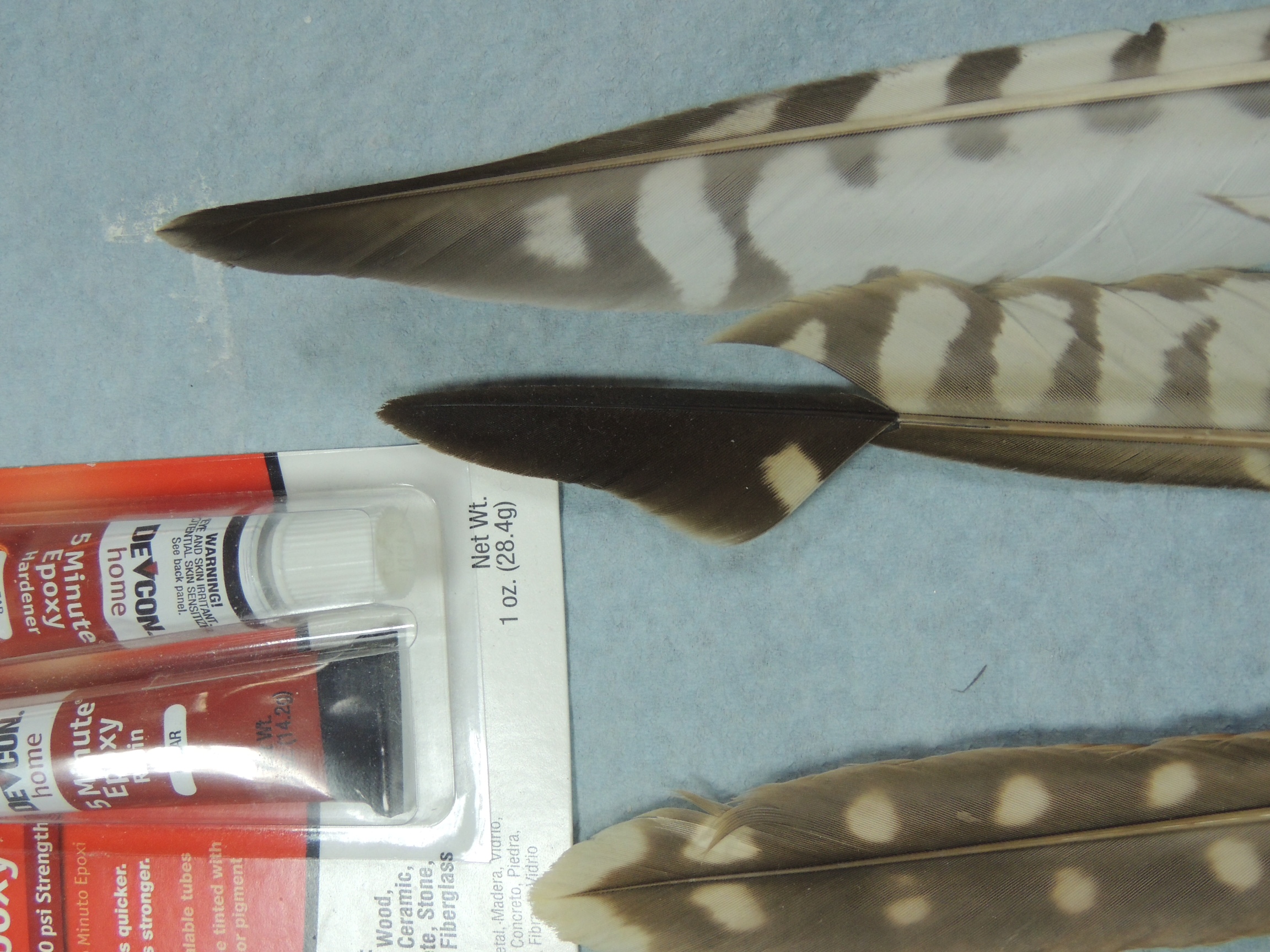 Routine procedures include clipping and sharpening the birds’ talons; beaks also are trimmed and polished smooth. Flight and tail feathers are closely examined and damaged feathers are repaired or replaced so that the bird can maintain optimum balance in flight. This procedure is called “imping” and surgery is done while birds are under anesthesia. 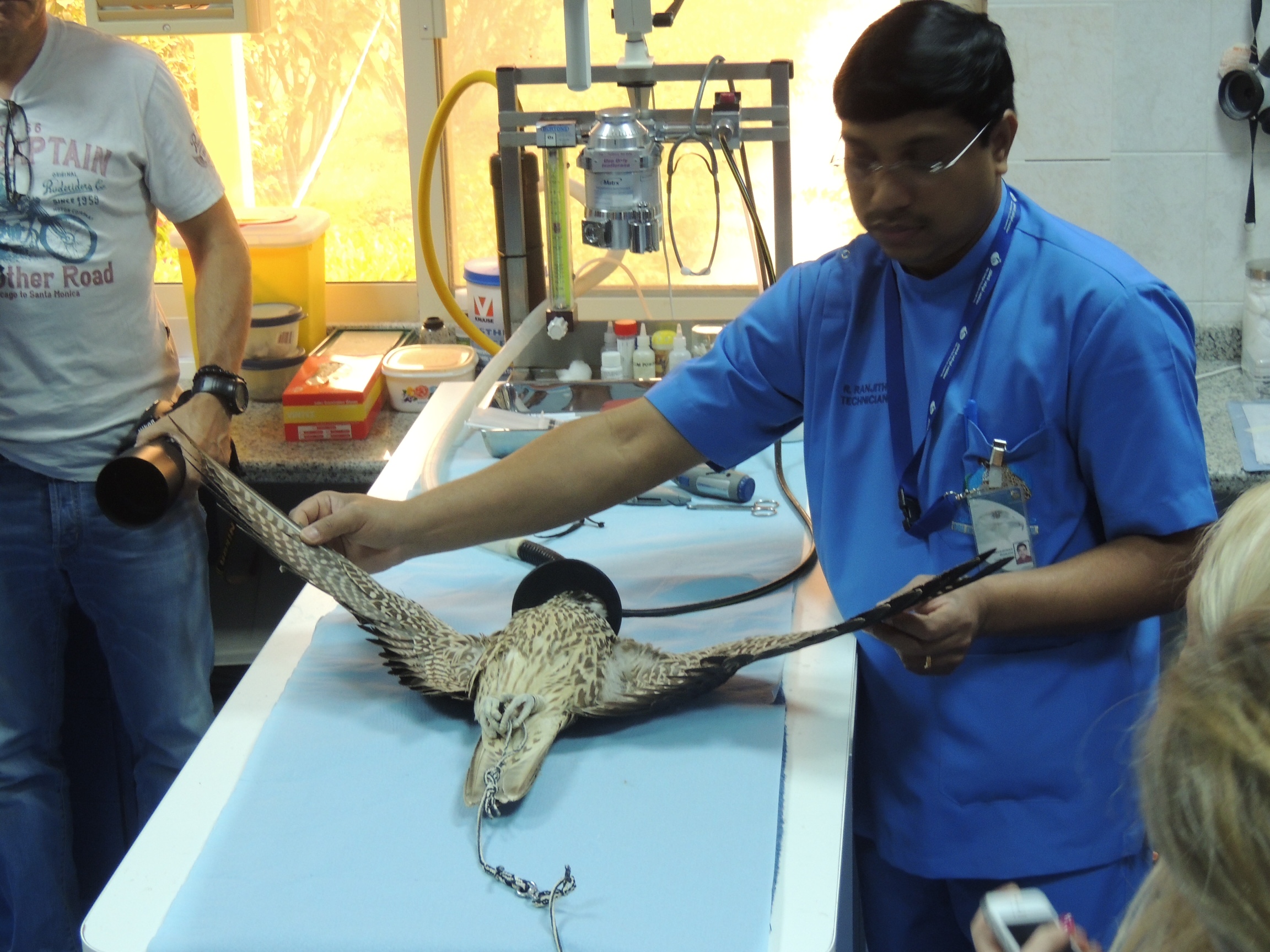 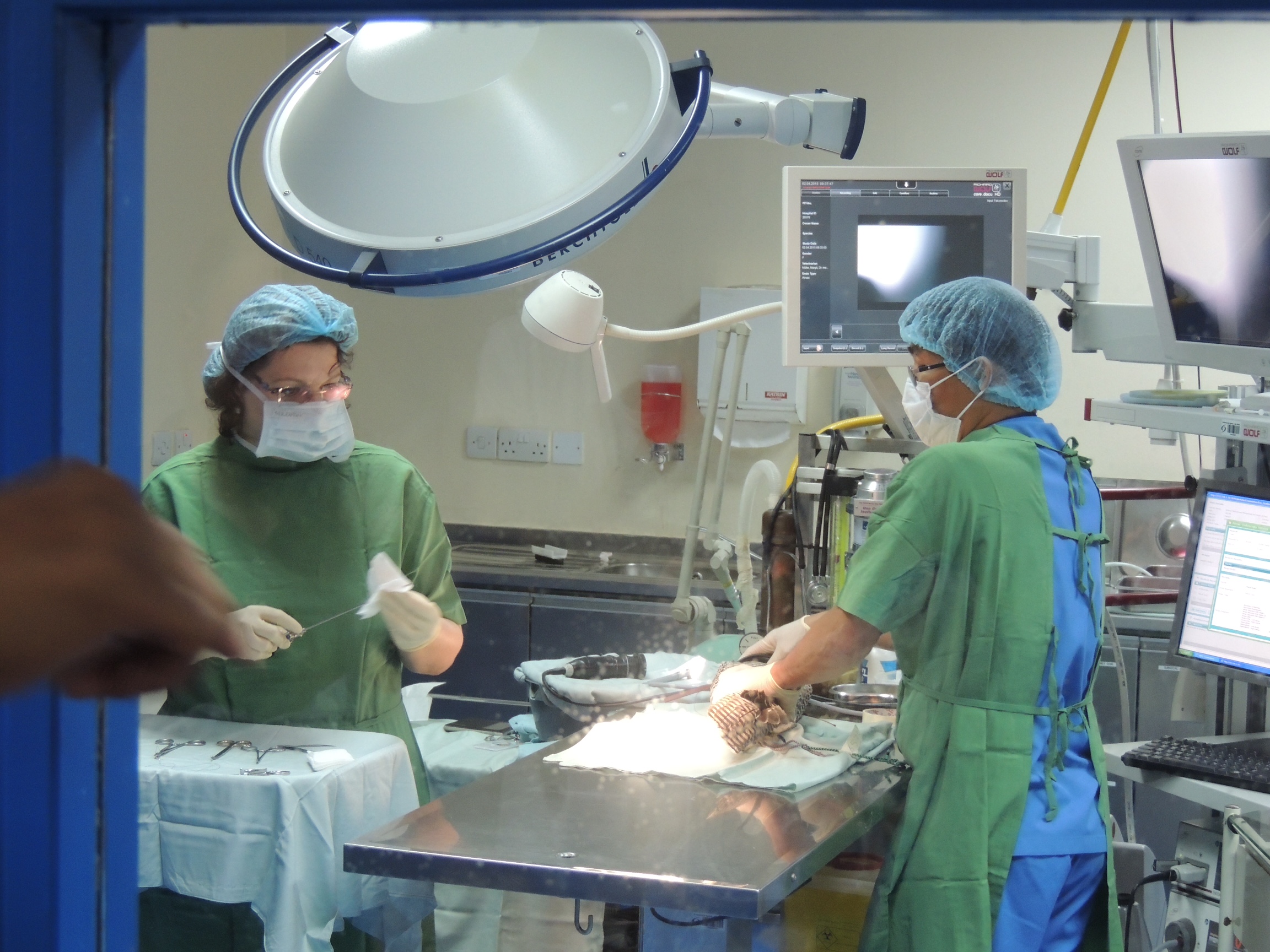 Before the tour ended, a bird was placed on our gloved hands and hoods were removed. As you can see, the gyrfalcon and I were intimidated by each other. 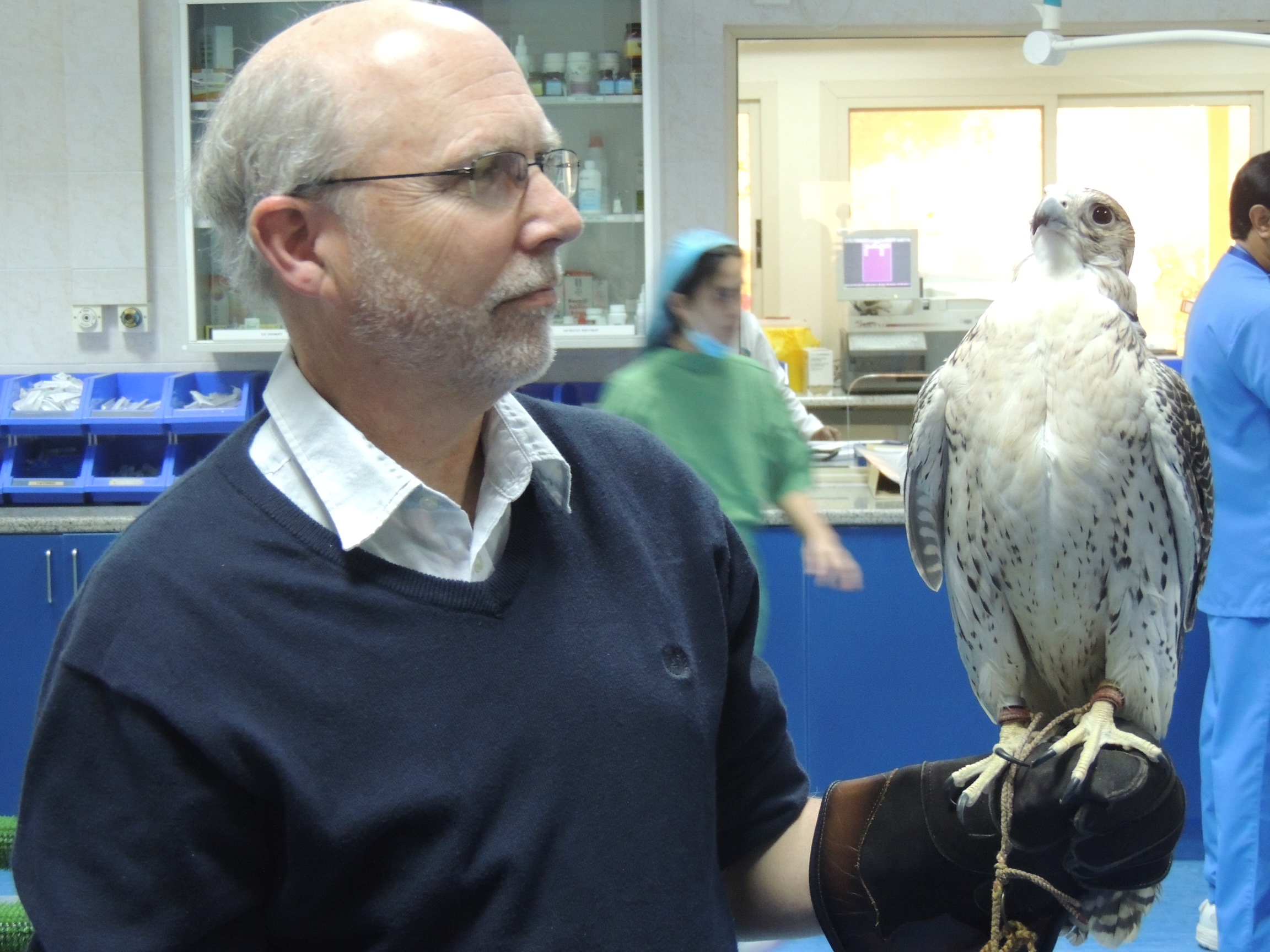 Although I prefer seeing birds in their natural habitat, the falcon hospital, which examines and treats over 11,000 birds a year, is certainly a good substitute during a sandstorm.