Somewhere Over the Snowblow

Last October, Woodson Art Museum director Kathy Foley took twenty-five members on a trip to the Denver area for a six-day excursion of good food, accommodations, exhibitions, and visits to artists’ studios. When she came back and regaled me with the highlights, the part I enjoyed hearing the most was about the snow. Although Denver received significant snowfall during their visit, high temperatures and strong sunshine melted the snow relatively quickly. In fact, the city and its residents don’t plow or clean up much snow at all, they just wait for the sun to work its magic.

Wait a second, did I hear that correctly? Is that the sound of paradise calling?

To me, there’s no prettier sight than big falling snowflakes, blanketing the earth and bare tree branches in pristine, white snow. Conversely, there’s no uglier sight than snow piles after a week when dirt, gunk, sand, and tar penetrate the snow and snow piles become a sad mix of off-white, brown, and shades of black.

Added to the unsightliness of lingering snow, if snow doesn’t go away, you have to shovel it or blow it onto the sides of driveways and sidewalks. For those in warmer climates who never have the pleasure of blowing snow, it’s three hours of fun: an hour trying to start the snow blower, an hour actually blowing snow, and an hour complaining about it.

Further, because you can’t remove all of it with your snow blower, you end up shoveling, which – no matter your age or level of health – is a massive coronary waiting to happen. The Denver area sounds like a nice place to live with its snow-removal plan.

The only downside would be not getting the opportunity to work with Mike Sponholtz, Mike Martino, and Tom Queoff, better known as Team USA snow sculptors. Mike, Mike, and Tom recently completed another fantastic snow sculpture on the Museum’s campus, their 30th year doing so for the Museum. Their talents and hardiness continue to impress, even after all these years. 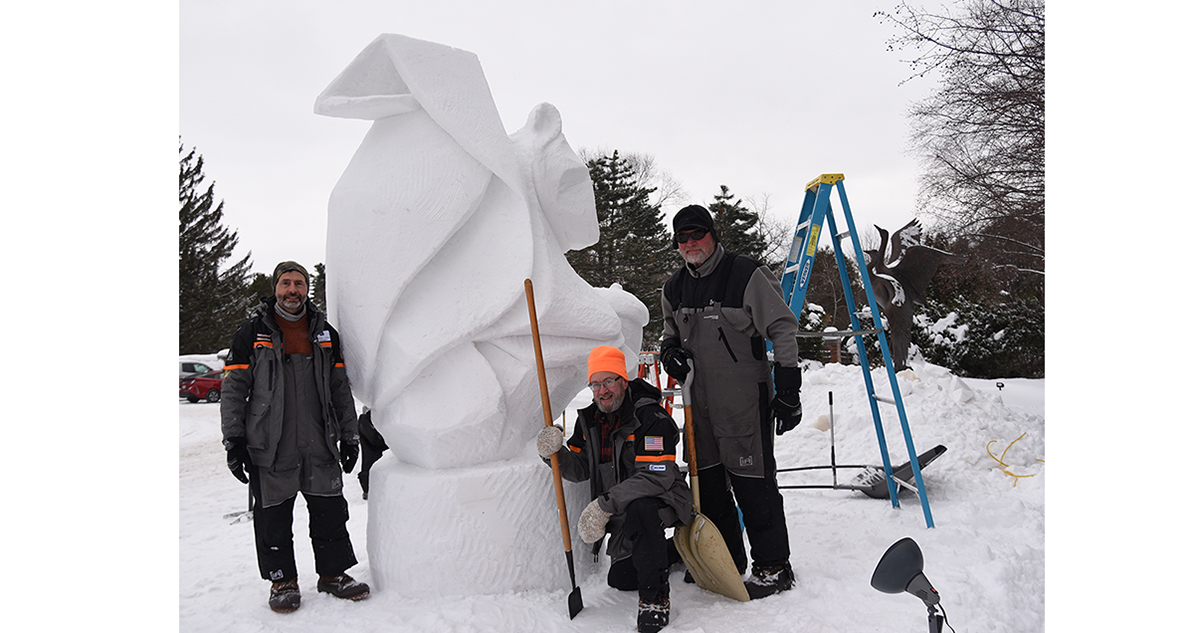 On second thought, it’s still a blast working with the guys and seeing their sculptures last more than just a few hours. In the two weeks since they completed their latest Woodson Art Museum sculpture, the sunshine we received turned the realistic representation of Kevin Box and Michael G. LaFosse’s Seed Sower into a more abstract form. No doubt if the sculpture was completed in Denver, it would be purely conceptual by now. 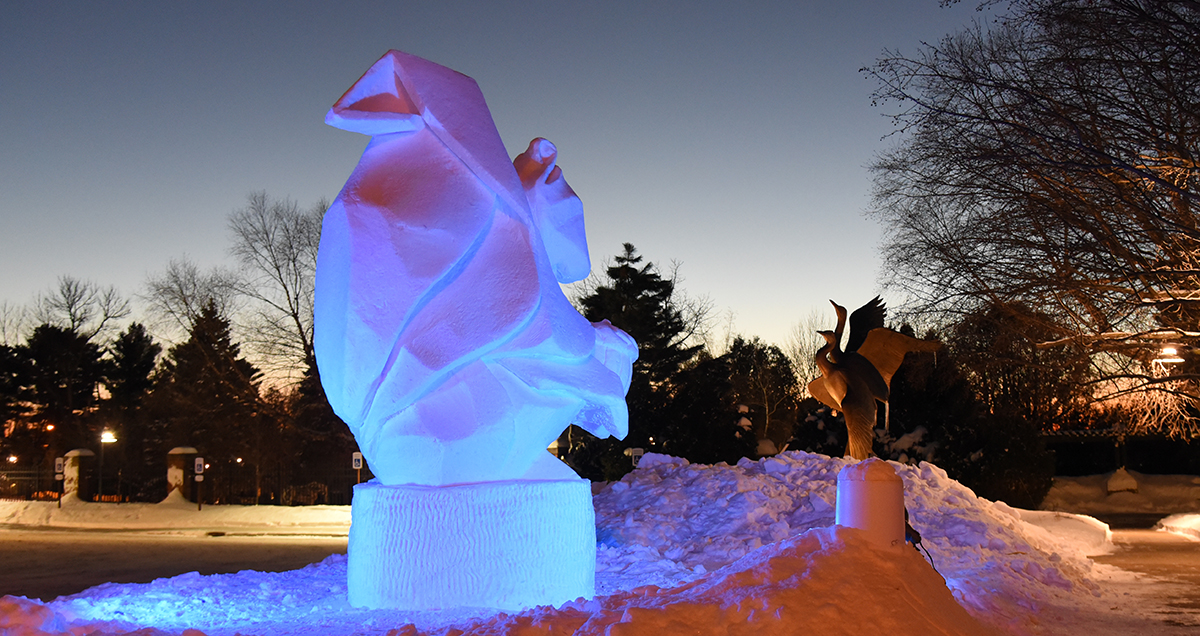