By: Jane Weinke, curator of collections/registrar on November 25th, 2015

Recently I spent eight amazing days in New York City. The Woodson Art Museum’s director Kathy Foley and I immersed ourselves in the art, culture, food, aromas, and sounds of

the Big Apple during the annual American Art Week. A truly sensational experience.

There’s no way to condense a week’s worth of experiences into one blog post. I’ll share a few highlights and photos that took us out and about from early morning until late evening. A quick tally includes seven museums, thirty American art galleries, three lectures, and three major American art auctions. Not included are tasty food, theater performances, and just a little shopping.

First stop on Saturday, November 15, was the opening reception for the eighth Annual American Art Fair. Held at the historic Bohemian National Hall, the event brings seventeen American art dealers together to “recreate” smaller versions of their gallery spaces. It’s a perfect way to see several hundred artworks in one location. 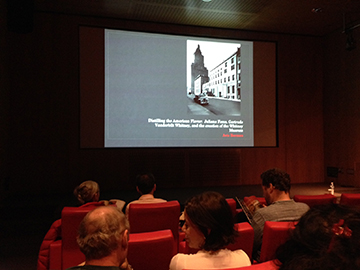 We attended two enlightening lectures as part of the American Art Fair. The first, given by Avis Berman, Distilling the American Flavor: Gertrude Vanderbilt Whitney, Julianna Force and the Making of the Whitney Museum focused on the dynamic and groundbreaking work that made the Whitney Museum of Art a reality. The other by Stephanie L. Herdrich, Collecting Sargent: Posers and Patrons in the Guilded Age, examined John Singer Sargent’s extraordinary portraits, which were inspired by the friendships he nurtured. 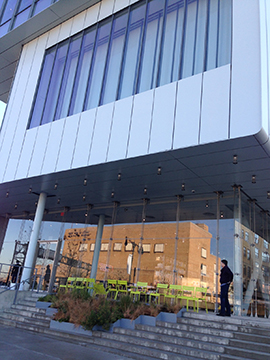 The timing of the first lecture was especially fortuitous, because we visited the new Whitney Museum of Art (opened May 1, 2015) the next day. Perched alongside the Hudson River and at the southern end of the High Line, the Renzo Piano-designed building is a shining jewel in the historic Meatpacking district an area transformed over the past twenty years into an eclectic mix of businesses, food spots, entertainment venues, and art.

Having been a part of the Woodson Art Museum for thirty-six years and involved in the growth our collection, it was emotional to see works that Gertrude Vanderbilt Whitney and Juliana Force collected. I was wowed by the work of George Bellows, Stuart Davis, Charles Demuth, Edward Hopper, and others and how these paintings have stood the test of time. 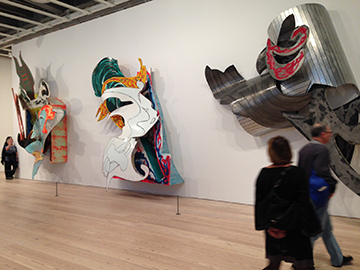 The Whitney’s featured exhibition is a must-see one and can be described in one word: Brilliant. Frank Stella: A Retrospective features 100 works spanning the artist’s career and is astounding. I marveled in the engineering required to get many of the over-sized paintings and sculptures into the galleries – concurrently frightening and fascinating. Installation design elements were refreshing, especially paintings recessed into dedicated spaces. I marveled at intricate hanging hardware and the perfect lighting. The flow of the temporary walls to lead and tease visitors also was great; ideas stored away for future installations here. 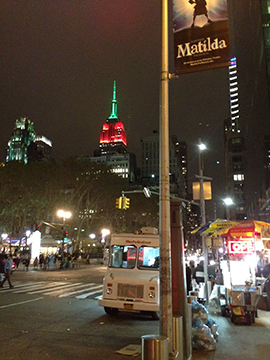 New York City never goes to sleep; sounds filter through windows twenty-four hours a day, even twenty-four stories up. A weeklong visit is enough to re-inspire, refresh, and also make me appreciate that there’s no place like home. 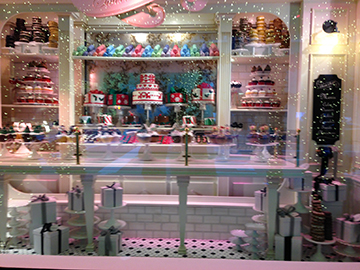 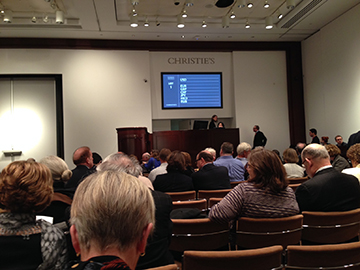 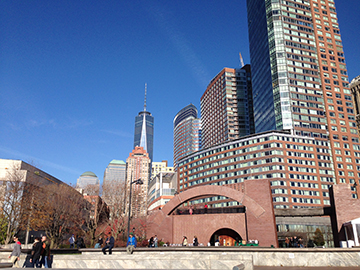 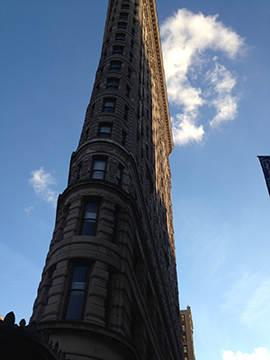