By: Amalia Wojciechowski, curator of collections on January 18th, 2023

What makes an everyday view? When one considers the Hudson River Valley School of painters, the images that first come to mind are those of spectacle: Niagara Falls, Yosemite, or volcanoes. These natural phenomena invoke the furor of nature, its glory, and its power. Of the Hudson River Valley painters, it is American painter Frederic Edwin Church (1826 – 1900) who is perhaps most emblematic of this approach to natural subjects. His painting Cotopaxi (1862) presents a sublime view of the Ecuadorian volcano Cotopaxi mid-eruption. Cotopaxi served as a metaphor, a “geological parable” for the disruption of the U.S. Civil War. In the painting, the light of a low-to-the horizon sun burns through prolific volcanic ash. A cross appears in the landscape made entirely of light through the sun’s reflection in the lake below it. This is a solar promise of triumph and a return to a unified peace within the United States. This is no everyday view. 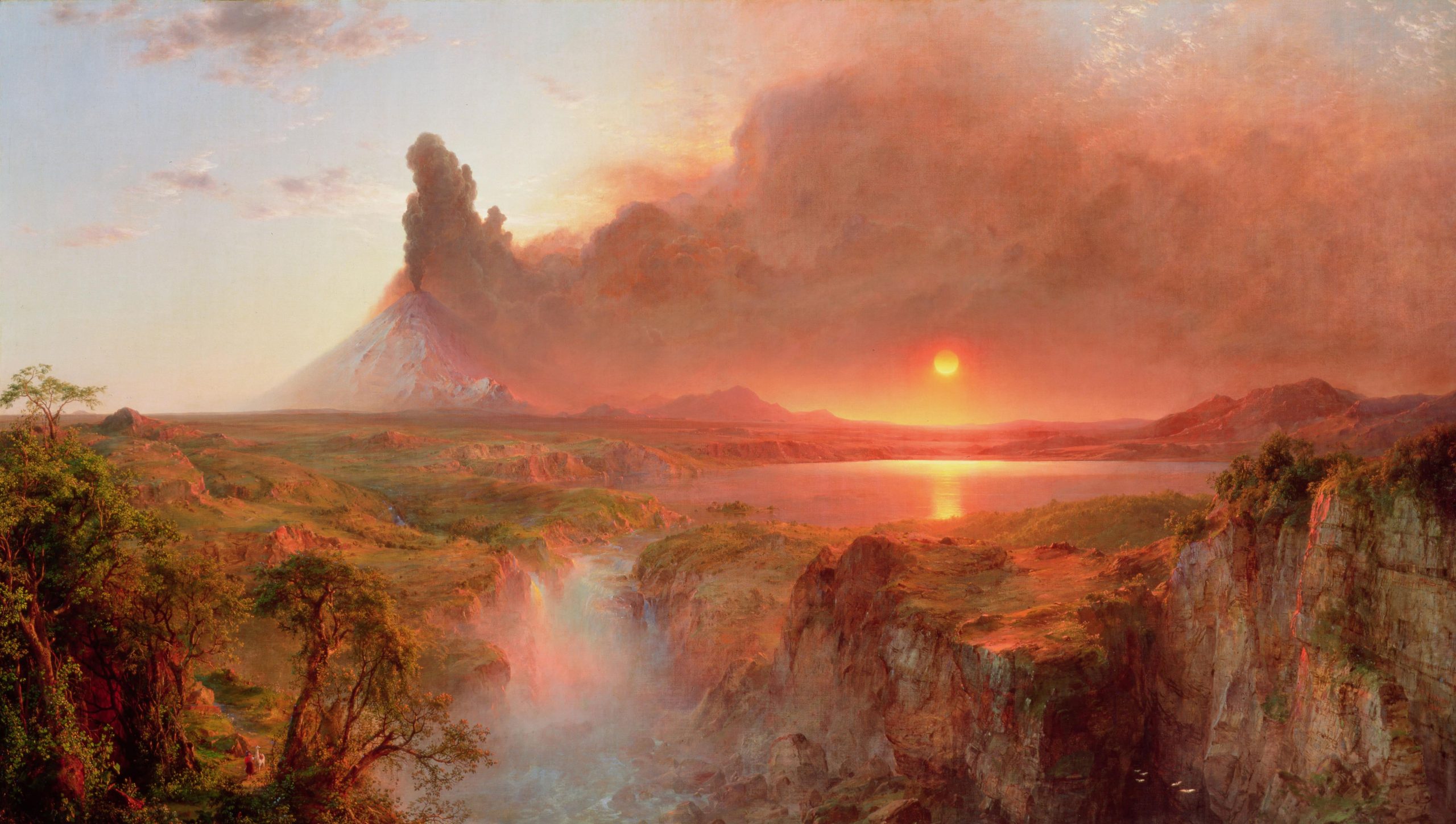 But consider another solar scene by fellow American artist Martin Johnson Heade (1819 – 1904). Heade, a longtime friend of Church’s, rented a studio in 1859 in New York City to be near him. In Sunset on the Marshes, perhaps painted as early as 1870 and recently acquired by the Woodson Art Museum, Heade offers an alternative vision to Cotopaxi. Calm pools of water reflect the setting sun, gently veiled behind wisps of clouds. Its reflection is refracted and softened, diffused throughout the marshlands. This is an everyday scene — both in its approachability and in its frequency — Marsh created over 150 marsh paintings, more than one-fifth of his body of work. This is not a cosmic promise, but a personal one. For Heade, knowing nature was the promise of knowing oneself:

“[Nature’s] beauty is the beauty of his own mind. Its laws are the laws of his own mind. Nature then becomes to him the measure of his attainments. So much of nature as he is ignorant of, so much of his own mind does he not yet possess. And, in fine, the ancient precept, ‘Know thyself,’ and the modern precept, ‘Study nature,’ become at last one maxim.”

So, step outside and see what your own everyday view may promise to you or come and visit Heade’s version, now on view in Light’s Edge: The American Nocturne.