By: Andrew McGivern, curator of exhibitions on October 5th, 2016

There are moments in life that catch you off guard in unexpected ways. During the opening weekend of Birds in Art, I experienced such a moment.

Sculptor Walter Matia approached me and jokingly said he heard that I wasn’t happy with the crate he shipped his artwork in and to make up for it, he would like to donate his bronze pair of yellow-headed blackbirds to the Woodson Art Museum in my honor.

At first, I wasn’t sure if he was serious or just joking around; he assured me he was serious. I am touched by Walt’s kind gesture and honored by his generosity. 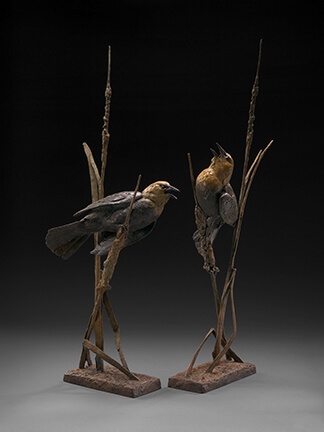 This isn’t the first sculpture Walt has given the Museum on behalf of staff members. In 2014, he donated a pair of greater roadrunners in honor of Shari Schroeder and Jane Weinke. He said at the time he was acknowledging long-time staff members, because he knew how much work it took behind the scenes to ensure the success of Birds in Art. 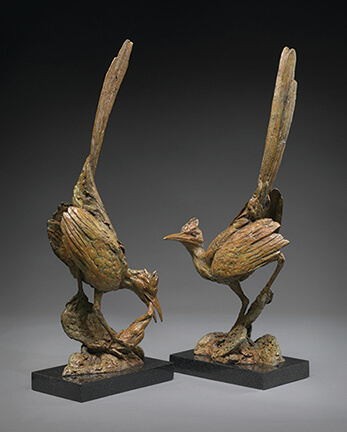 I’ve known Walt since 1985, the first time his sculpture was included in Birds in Art. Walt knows how to laugh and have fun and really enjoys the camaraderie of like-minded artists who attend the exhibition’s opening weekend. Time on Lake Katherine is an especially great way for artists and staff to get to know one another. 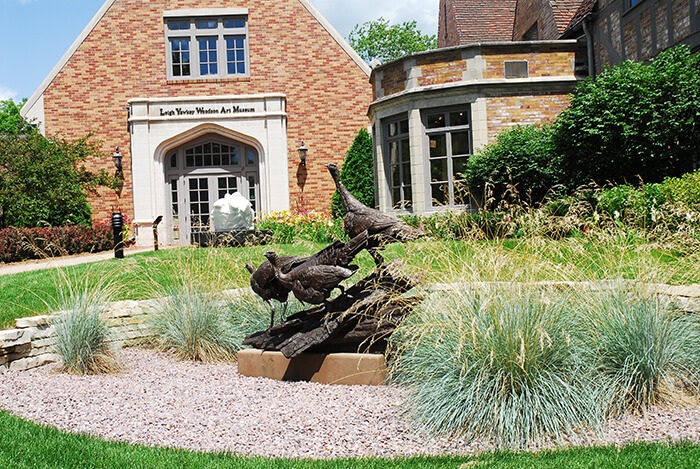 I’ve worked closely with Walt on many occasions: in 2005, during the installation of Three Wild Turkeys; and in 2009 when we installed Yard Boss, an enormous goose that keeps watch on Twelfth Street. When Walt was named Master Artist in 2007, I worked with him on his PowerPoint presentation and assured him he’d do a great job with his 45-minute public talk, which he did. 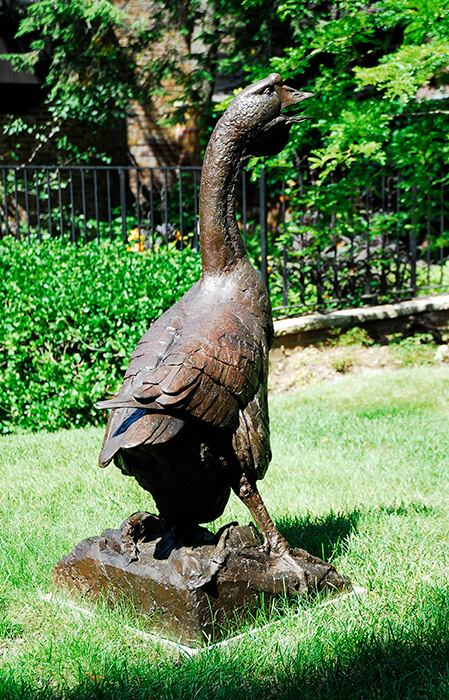 It’s enormously gratifying when someone you respect acknowledges your hard work and efforts. But, like any team sport, it does take the whole team – the entire staff – working together to make the Woodson Art Museum the gem it is.